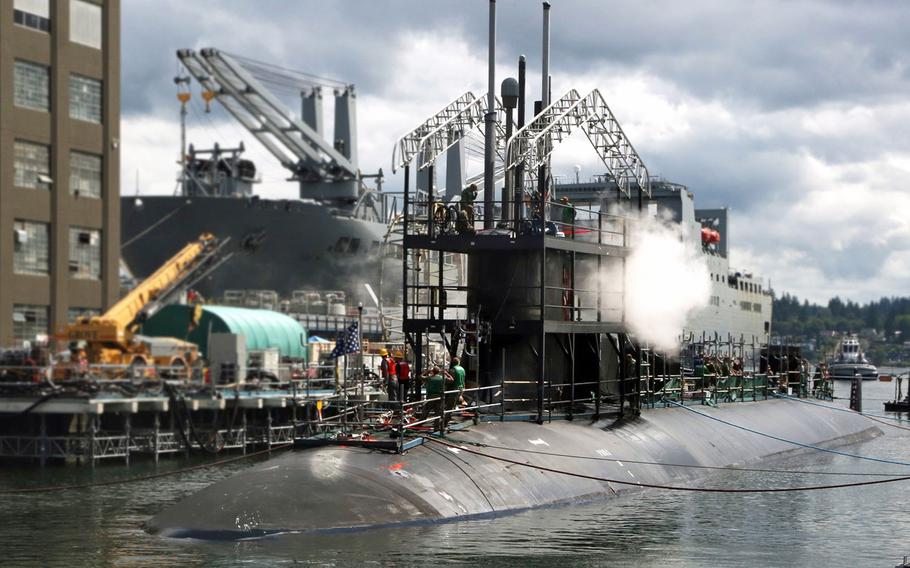 WASHINGTON — During the last five years, Navy vessels have spent an additional, unplanned 33,700 days, or about 90 years, docked at shipyards for maintenance, according to a recent government report, raising concerns from senators Wednesday about the ability of the service to conduct its missions around the world.

“One effect of these delays is fewer ready ships, which places a greater stress on our fleet to meet all of its operational demands,” Sen. David Perdue, R-Ga., chairman of the Senate Armed Services Committee subpanel on seapower, said during a hearing about maintenance delays.

Shipyard delays has been a known issue for years. A report published Wednesday by the Government Accountability Office found the Navy faces “persistent and substantial maintenance delays” that affects most of its maintenance efforts and hurts its efforts to rebuild its readiness.

The report found, from fiscal years 2014 through 2019, the Navy could not complete scheduled maintenance on time in 75% of the cases.

“When maintenance is not completed on time, fewer ships are available for training or operations, which can hinder readiness,” the report states.

Perdue highlighted one of the examples of fewer ships from the report, written by Diana Maurer, director of defense capabilities and management at the GAO. Maurer also testified at the hearing.

“In fiscal year 2019, maintenance delays alone resulted in the Navy losing the equivalent of 19 service ships. Of our [290-ship] fleet, 19 were not available to commanders,” Perdue said.

One of the reasons for the delays is the aging and outdated infrastructure of naval shipyards throughout the country. The Navy has a 20-year shipyard infrastructure optimization and modernization plan to meet the future needs of ship maintenance and the service has said it will cost about $21 billion. However, a report published Nov. 25 by the GAO states the estimated cost is too low and will probably increase by billions of dollars to account for inflation, environmental remediation, and utility upgrades.

“It is still too early to tell if the plan is going to work,” Maurer said Wednesday during her testimony. “The Navy still has to develop the all-important details of what needs to be done and determine how to keep the shipyards running while also rebuilding and enhancing them."

As the Navy works towards its goal to increase the fleet to 355 ships by 2034, senators during the hearing raised concerns about whether the service would be capable of maintaining even more ships.

“In this era of great-power competition, there’s no question that our Navy needs to grow larger and become more capable,” Perdue said. “My fear is that as the Navy grows, the maintenance capacity will not keep pace, the end result will be a larger fleet, but fewer ships ready for operational tasking.”

“Building new ships that you can’t maintain is not tremendously useful or not having the fleet size you need to operate globally is not useful. That’s a constant discussion within the Navy,” he said.

Sen. Dan Sullivan, R-Alaska, the chairman of the Senate Armed Services Committee subpanel on readiness and management support, questioned how the Navy could implement the National Defense Strategy with the delays. The loss of ships in areas such as the South China Sea and Arctic “is a huge negative impact.”

Geurts said the Navy’s “past performance is unacceptable and unsustainable.” While encouraged by improvements the Navy has made in the past 18 months to address the issue, he said he was still not satisfied, and they have “a long way to go.”