Defense Department looking at options to house up to 5,000 migrants 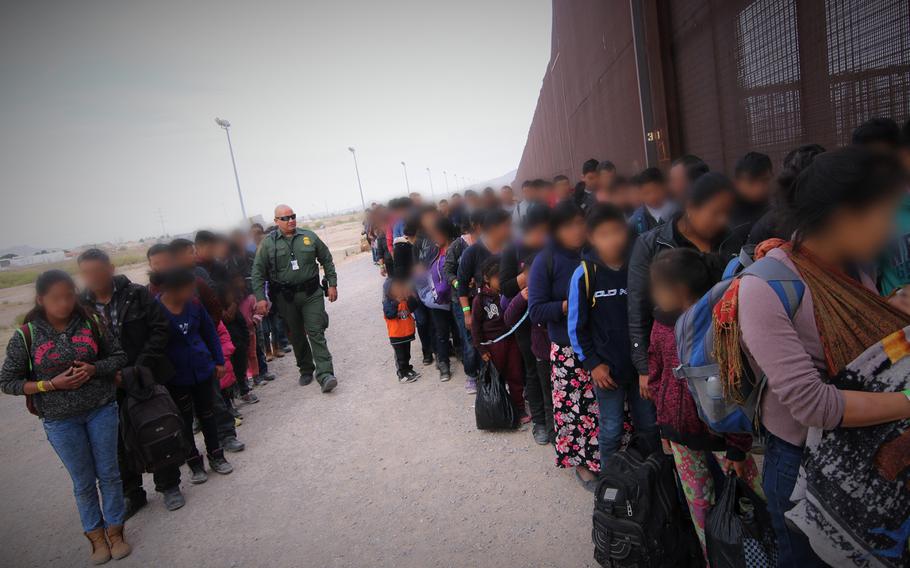 AUSTIN, Texas — The Defense Department is once again reviewing military bases to determine which ones are capable of housing migrant children. Acting Defense Secretary Pat Shanahan on Tuesday approved a request from the Department of Health and Human Services to look for housing options for up to 5,000 migrant children, said Army Lt. Col. Jamie Davis, a Pentagon spokesman.

Shanahan’s approval simply begins a process to “identify facilities or land through fiscal year 2019,” if requested, Davis said. A second request from HHS asking to house the children would be required before the Pentagon would take any further action.

“DoD is working with the military services to identify potentially suitable locations for such support to HHS,” Davis said.

About 12,500 unaccompanied minors are in federal custody, according to the Office of Refugee Resettlement, which is part of HHS. That’s 1,000 more than when HHS made the request one month ago.

There isn’t a specific trigger that would lead HHS to house children at military facilities, said Evelyn Stauffer, spokeswoman for the Administration of Children and Families, the office within HHS that manages the refugee resettlement program.

“This is a situational decision based on need for temporary shelter and appropriate, available facilities,” she said.

Apprehensions at the U.S. border with Mexico have increased each month of 2019. In March, 92,607 people were apprehended at the border, according to Customs and Border Protection statistics. Of those, 8,975 were unaccompanied minors — up from February’s numbers by more than 2,000 children.

Once children are referred to the Office of Refugee Resettlement from the Department of Homeland Security, the office is responsible for their care until they are released to a suitable sponsor, most likely a parent or close relative, while they await immigration proceedings.

Last month’s request for housing stems from a continuing increase in border crossings. For that reason, HHS is “preparing for the need for high-bed capacity to continue” and “is once again requesting the assistance of the Department of Defense to help respond to the migration influx of unaccompanied alien children along our southern border,” Stauffer said.

HHS made a similar request in the summer as President Donald Trump’s administration faced scrutiny for separating parents from their children as they crossed the border. HHS, as well as the Department of Homeland Security, were seeking space to house adults and minors. Neither agency acted on those requests.

Last year’s review of military bases capable of housing children included potential impact studies with some of the results being made public. At Goodfellow, a study released July 6 showed that making room for 15,000 adults and children migrants would have no impact to operations. To do so, the study outlined a plan to build temporary structures on the base.

The studies conducted based on the 2018 request will be part of the new review process, Davis said.

The military has housed unaccompanied migrant minors in the past. In 2014, HHS used space at Lackland Air Force Base in Texas to house thousands of unaccompanied children.