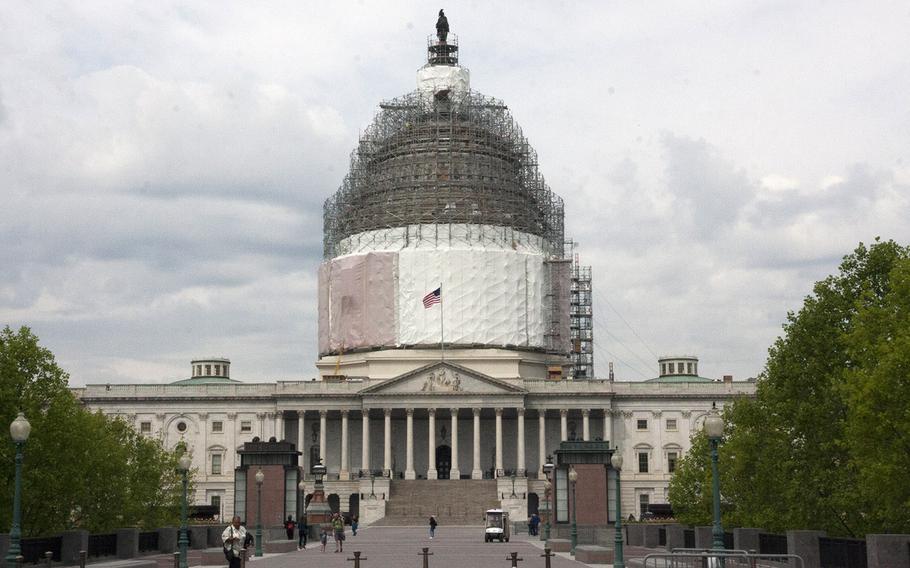 The bill recently passed by an overwhelming majority in the GOP-controlled Armed Services Committee, but a measure to increase military spending — widely derided as a gimmick — ran headlong into partisan opposition in advance of a full chamber vote this week.

A growing number of Democrats oppose the $617-billion National Defense Authorization Act because it allows lawmakers across the aisle to sidestep mandatory caps on defense spending by tapping a $94 billion emergency war fund. Meanwhile, caps on the rest of the federal budget, including domestic spending championed by the Democrats, are set to kick in this fall.

“If we do not have a strong economy, and build a solid foundation for future generations, then we cannot ensure our national security in the long term,” Rep. Adam Smith, D-Wash., the Armed Services ranking member, said in a statement arguing against the domestic caps.

The use of the Overseas Contingency Operations fund for daily military expenses is a “short-term workaround” that also leaves the Pentagon unsure about future funding and unable to make long-term plans, Smith said.

“Congress is wasting time with this dead-end approach,” he said.

Democratic leaders including minority leader Rep. Nancy Pelosi, D-Calif., have said they will press the party to reject the current version of the annual bill, which works as a blueprint for congressional appropriators and military planners and was heading to a vote in the coming days, according to press reports.

The bill also includes a historic overhaul of military retirement, modifying the current 20-year pensions into a 401(k)-style system that follows all troops throughout their careers, and a prohibition on the Air Force plan to retire the A-10 Thunderbolt aircraft. The Senate is working on its version of the bill this week in mostly closed-door sessions.

But the Pentagon has also opposed the legislation.

Carter testified before Congress last week and again told lawmakers the bill is doomed because Obama has vowed to veto any budget bill that locks in spending caps, commonly referred to as sequestration.

Under the House NDAA, the base defense budget will remain within the $523 billion cap — at least on paper — while being pumped up by the OCO, which was created to streamline emergency funding of the wars in Iraq and Afghanistan.

The OCO fund has been tapped for uses outside the battlefield, but this year’s budget would greatly expand that role.

Many on Capitol Hill have called it a gimmick, but Democrats and Republicans have been unable to strike any other agreement this year to head off the spending caps, which the Pentagon has said would be deeply damaging to military readiness.