DEA to increase number of marijuana growers for research 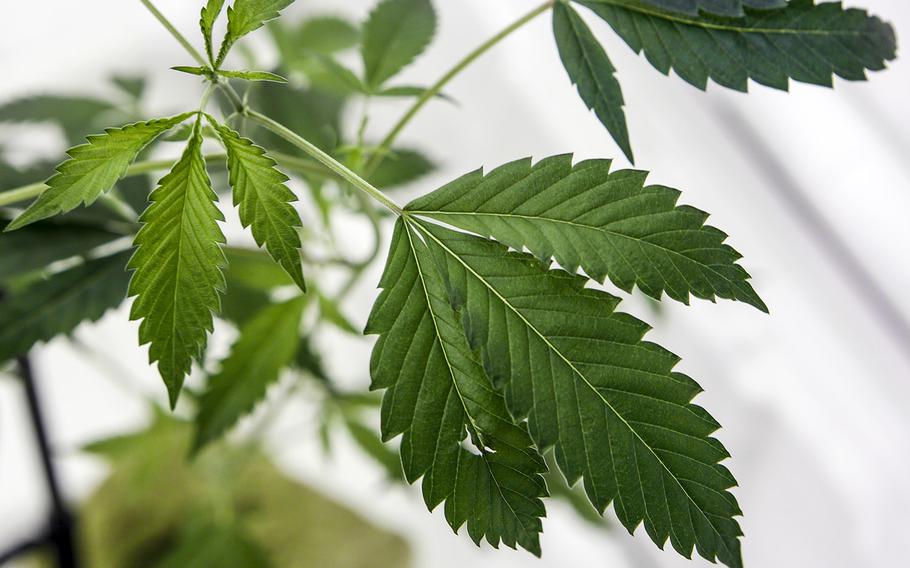 WASHINGTON — The Drug Enforcement Administration announced Monday it plans to increase the number of producers who can grow marijuana for scientific research — action taken after a lawsuit against the DEA filed by researchers studying the drug as a potential treatment for veterans with post-traumatic stress disorder.

For decades, all of the marijuana used for clinical research in the U.S. has come from a single source — a University of Mississippi farm, run by the National Institute on Drug Abuse. In the final months of Barack Obama’s presidency, the DEA announced it would license more growers to produce marijuana for scientific research, a move meant to facilitate research into the drug.

One of the first groups to apply — the Scottsdale Research Institute in Phoenix — filed a lawsuit in June, asking the U.S. Court of Appeals for the District of Columbia to order the DEA to process the application it submitted in 2016. With approval from the DEA and the U.S. Food and Drug Administration, Scottsdale Research Institute has been studying veterans’ marijuana use to determine whether it effectively and safely treats PTSD.

The court ordered the DEA to respond to the lawsuit by Aug. 28. Two days before the deadline, the DEA publicly announced Monday it would review the applications it received and post notices of new submissions for marijuana cultivators. The agency also said it would issue new guidelines to govern the program of pot growing.

The DEA indicated the changes were made in response to the increased demand for government-grown marijuana. The number of individuals registered by the DEA to research marijuana, its extracts and derivatives has increased more than 40% over the past two years — from 384 in 2017 to 542 this year, the agency said. In that time, the demand for marijuana for scientific research has more than doubled.

“DEA is making progress in the program to register additional marijuana growers for federally authorized research and will work with other relevant federal agencies to expedite the necessary next steps,” DEA Acting Administrator Uttam Dhillon said in a statement. “We support additional research into marijuana and its components, and we believe registering more growers will result in researchers having access to a wider variety for study.”

Sisley said she is cautiously optimistic, but she believes the changes could take years to implement.

“On the eve of the deadline to explain themselves to DC Circuit Court, the DEA has finally agreed to take the action everyone has been waiting for to facilitate research into medical uses of cannabis,” Sisley said in a statement. “DEA [and the Department of Justice] can slow-roll this for many years to come ... but at least that door is now theoretically kicked open.”

Sisley completed a study in March on the effect of marijuana on veterans with PTSD, the results of which are expected to be published this year.

Depending on the outcome, Sisley might have to conduct another Phase 2 trial, or begin Phase 3, the final step before the FDA could make a decision on the treatment. To get to Phase 3, Scottsdale Research Institute would need the DEA to approve more applications for marijuana growers.

NIDA, the government research institute growing marijuana out of the University of Mississippi, is only allowed to provide the drug for academic research, not commercial sales, which would be necessary for the next phase, said Brad Burge, communications director for the Multidisciplinary Association for Psychedelic Studies, a drug research and education nonprofit.

During Phase 3, researchers must test the drug that would ultimately go to market.

The DEA has until Wednesday to respond to the lawsuit filed by Scottsdale Research Institute. Iraq and Afghanistan Veterans of America, a national veterans organization, has officially endorsed the litigation and filed an amicus brief in support of it.

“Our country should be doing everything it can as quickly as it can to find treatments for PTSD and help prevent veteran suicide,” the brief states. “Both the executive and legislative branches of the government have made the prevention of veteran suicide and related medical research national priorities, and yet the DEA has unreasonably and egregiously delayed processing [Scottsdale Research Institute’s] application, effectively preventing from proceeding the only approved clinical research study of medical marijuana as a PTSD treatment.”