Construction, bonuses, and maintenance could be first cuts to military without NDAA funding 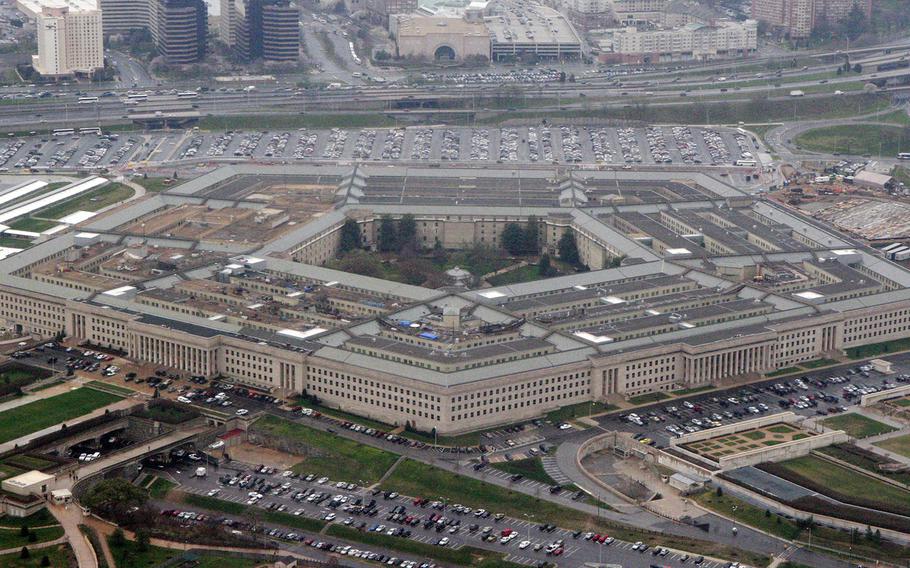 An aerial view of the Pentagon is seen in Washington on March 27, 2008. (Charles Dharapak/AP)

WASHINGTON — Construction projects, bonuses in pay, and delays in maintenance could be the first funding casualties for the military if Congress does not approve a defense budget soon and continues to fund the Defense Department with temporary spending measures, according to information released by the Army, Navy, Marines and Air Force.

The Pentagon has been operating under a temporary spending measures known as continuing resolution since Oct. 1, the start of fiscal year 2020. The Senate and House have yet to agree on the 2020 National Defense Authorization Act, which directs policy and spending for the Defense Department, and the continuing resolution is set to expire Nov. 21.

In anticipation of continued temporary funding or a possible government shutdown, the military services released lists of how each would curtail spending without a fully funded defense budget.

The lists include cutting back on training, maintenance, purchasing of equipment and building needed facilities for storing fuel or munitions. The services said each would consider delaying or cancelling “new start” programs, such as weapons systems and aircraft upgrades that are being funded for the first time.

“The department urges our congressional partners to pass a budget at this time. The six-week [continuing resolution] has been problematic,” Hoffman said. “Another long-term CR will be more so.”

NavyIf the continuing resolution goes beyond three months from Oct. 1, the Navy might delay the delivery of one Virginia-class submarine, one fleet ocean tug, and two landing craft utility vessels, Lt. Tim Pietrack, a Navy spokesman, said in a statement.

The shortfall in funding could also set back maintenance for 14 ships. Thirty-three new military construction projects that were anticipated to start in 2020 will be halted, according to the service.

The Navy will also have to reduce its size, limit military moves, and eliminate bonuses and awards if the continuing resolution extends beyond six months from Oct. 1.

“This will dramatically impact workforce morale, and impact sailors and their families at a time when the services are competing to retain a trained and professional workforce, during a period of record low unemployment,” Pietrack said.

As part of the Department of the Navy, the Marine Corps could be impacted by the halting of several of their new start programs, including an F-35 training and simulator facility, bachelor enlisted quarters, and a replacement of the II Marine Expeditionary Force operations center, according to the service.

If temporary funding extends for a year, the bonuses and special pay used for recruitment and reenlistment incentives would be reduced. The continuing resolution could also prevent the Army from awarding a contract for 4,400 new family and single soldier homes, according to the Army.

Major maintenance of up to 269 homes would be delayed, as the Army struggles with a housing crisis that has had service families living with mold and pest infestations in military residences.

Air ForceThe F-15ex fighter jet, a new aircraft that replaces the older F-15Cs and is more cost effective than the F-35, would be delayed in its development and production if limited funding from a continuing resolution lasts six months. The F-35 would also have reliability and maintenance improvement projects deferred.

Temporary funding for a year could also limit a 3.1% pay raise and the Air Force’s planned increase of the size of its force by 4,400 for fiscal year 2020, according to the service.