Congressman calls for service members, veterans who stormed the Capitol to be stripped of benefits 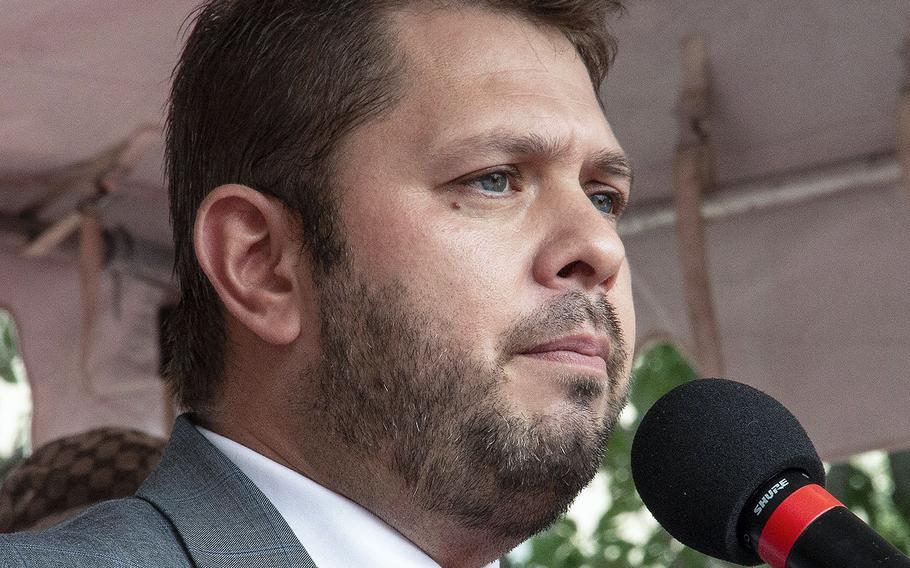 WASHINGTON — Rep. Ruben Gallego, a Marine Corps combat veteran, is calling on Department of Veterans Affairs Secretary Denis McDonough and other top officials to strip benefits from active-duty service members, veterans and military retirees who took part in the deadly siege of the Capitol.

“Many of the veterans and service members who attacked their own government actively and enthusiastically enjoy special benefits given to them by their fellow citizens,” Gallego, D-Ariz., wrote to McDonough in a letter dated March 18.

“This situation is unjust. Any veteran or service member who stormed the Capitol on Jan. 6 forfeited their moral entitlement to privileged benefits at the expense of the people of the United States,” wrote Gallego, a member of the House Armed Services Committee.

An NPR analysis in January found about 20% of the people who were charged in the riot, so far, had some form of military history, including those who are now serving in the military or had served in the past.

Court documents obtained by CBS News this week said federal prosecutors have now charged at least 312 people in connection with the Jan. 6 riot at the Capitol. A court filing March 12 said about 100 more are still expected to be charged, the news outlet reported.

Gallego said he wants McDonough to work with the attorney general as well as other department leaders to determine which veterans participated in the Jan. 6 insurrection.

The lawmaker told McDonough to “use your discretion” as the secretary to “immediately withdraw these veterans’ benefits… I am confident that you can find “satisfactory” evidence to do so as required under 38 U.S. Code § 6104.”

Title 38 of the U.S. code governs VA benefits for veterans and their dependents, according to a brief from the Congressional Research Service.

“Under Sections 6104 and 6105, veterans and other individuals receiving VA benefits who commit mutiny or treason or who are convicted of ‘subversive activities,’ as listed in Section 6105(b), forfeit their right to VA benefits,” according to the CRS report.

In Gallego’s letter to Austin and Mayorkas, he requested they “quickly identify, investigate and prosecute any active service member or retiree who participated in the attack.”

The department leaders should also notify McDonough of the identities of those people, which would require the VA secretary to stop distributing benefits under the U.S. code.

In the letter to Garland, the lawmaker told the attorney general to provide McDonough a list of veterans who participated in the siege.

“Insurrectionists should not enjoy benefits they no longer deserve,” Gallego wrote.