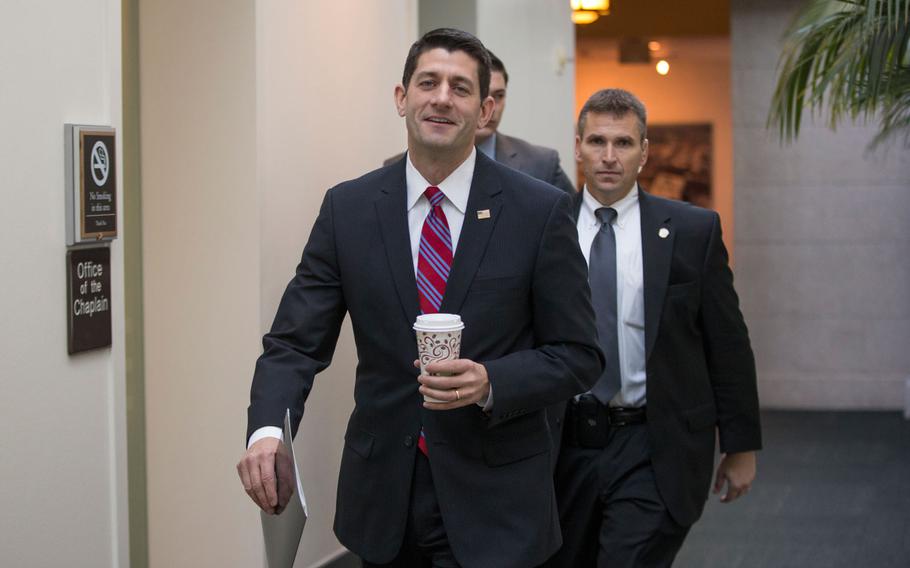 The nearly party-line vote in the House was 240-181. The legislation already passed the Senate last year under special rules protecting it from Democratic obstruction, so it goes straight to the White House.

Republicans boasted of a signal achievement, saying they were forcing Obama to face up to the failures of his law while illustrating the stark political choices voters face.

"We are confronting the president with the hard, honest truth," said Speaker Paul Ryan of Wisconsin. "Obamacare doesn't work."

Democrats called it pointless political theater that will have the same ultimate outcome as the 61 previous repeal votes that were blocked in the Senate, since Obama will veto the legislation.

"A bill that is going to the White House, that will get the fastest veto we've ever seen happen in this country, is a monumental vote?" said Rep. Jim McGovern, D-Mass. "This is just a waste of everyone's time."

Democratic presidential front-runner Hillary Clinton has decried the repeal legislation while leading GOP candidates applauded it. Ryan and other GOP leaders acknowledged it will take a Republican president to get rid of the law. But they said that is the point.

"It is our opportunity as Republicans to lay out the choice for the American people," said Rep. Cathy McMorris Rodgers of Washington.

Majority Leader Kevin McCarthy of California predicted that a Republican president will be in the White House next year and Congress will pass the repeal legislation again, "but we won't have to worry about a veto from the White House."

For maximum visibility Republican leaders made the legislation, which also cuts federal funding for Planned Parenthood, their first major vote of 2016. Although they don't command sufficient votes to override a presidential veto, they hope to schedule the override vote to coincide with the Jan. 22 March for Life in Washington commemorating the anniversary of the Supreme Court decision legalizing abortion.

Yet Ryan hedged when asked whether the House will ever vote on a GOP replacement to Obamacare. Ryan has pledged that the House will come up with its own plan this year, something the GOP has repeatedly promised but failed to do in the nearly six years since the law's enactment. But he said details such as whether this plan will actually come to a vote have not been determined.

Three Republicans joined Democrats in voting against the repeal bill: Reps. Robert Dold of Illinois, and Richard Hanna and John Katko of New York. One Democrat voted for it: Rep. Collin Peterson of Minnesota.

The bill would dismantle the health law's key pillars, including requirements that most people obtain coverage and larger employers offer it to workers.

It would eliminate the expansion of Medicaid coverage to additional lower-income people and the government's subsidies for many who buy policies on newly created insurance marketplaces. And it would end taxes the law imposed to cover its costs.

More than 16 million Americans have gained health coverage since the law was enacted, according to government figures. They could risk losing it under the GOP approach. Republicans argue the health law has driven up costs and hurt consumers, and they promise "patient-centered" solutions in its place.

The bill would also terminate the roughly $450 million yearly in federal dollars that go to Planned Parenthood, about a third of its budget. A perennial target of conservatives, the group came under intensified GOP pressure last year over providing fetal tissue for research.