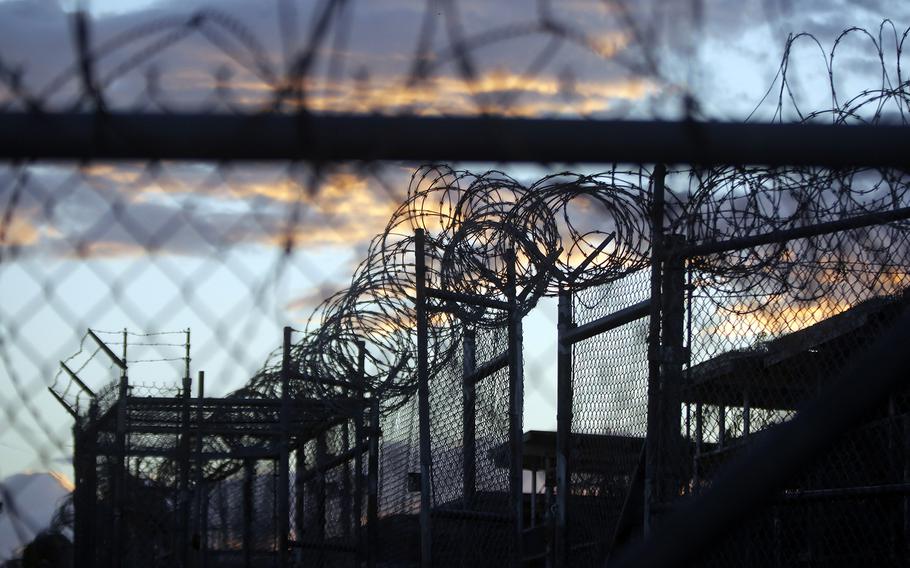 Dawn arrives at the now closed Camp X-Ray at Guantanamo Bay Naval Base, Cuba, on Nov. 21, 2013. The Defense Department is taking another look at the military prison in Kansas and the Navy Brig in South Carolina as it evaluates potential U.S. facilities to house detainees from Guantanamo Bay. (Charles Dharapak/AP)

ARLINGTON, Va. — For the 64 Guantanamo Bay detainees who will remain forever in U.S. custody, the Pentagon is fast working to identify a facility to house them so it can make good on President Barack Obama’s commitment to close the detention facility before he leaves office.

Those 64 detainees have been determined to be too dangerous to transfer to a third party country, unlike the 52 other detainees that have been cleared for transfer, but are stuck in various stages of an interagency review to verify they will not be a security risk and to then determine where they can be transferred.

“I have consistently stated that as long as this detention facility remains open it will remain a rallying cry for jihadi propaganda,” Secretary of Defense Ash Carter said Thursday at the Pentagon in Arlington. “Closing the detention facility at Guantanamo is not something, in my judgment, that we should leave for the next president whether Republican or Democrat.”

Carter has been criticized recently for having 52 remaining “cleared for transfer” detainees at Guantanamo Bay. On Thursday, he defended the pace, noting that “finding a solution for these individuals involves complicated negotiations with international partners, extensive consultations with the leaders of the national security and legal organizations and final approval by me,” Carter said. “We do this carefully, we do this deliberately.”

For the 64 who will never be transferred, however, DOD assessment teams are starting to look at candidate facilities to evaluate cost, what modifications might be necessary, and their ability to house all the prisoners.

Last week the assessment team evaluated the Disciplinary Barracks at Fort Leavenworth, Kan., and will soon travel to Charleston, S.C., to look at the Naval Consolidated Brig as potential candidate locations.

“This does not mean that either of these sites will be chosen; we will also be assessing other locations in coming weeks,” Carter said.