'Captain Marvel' star researches for her role with airmen in Nevada 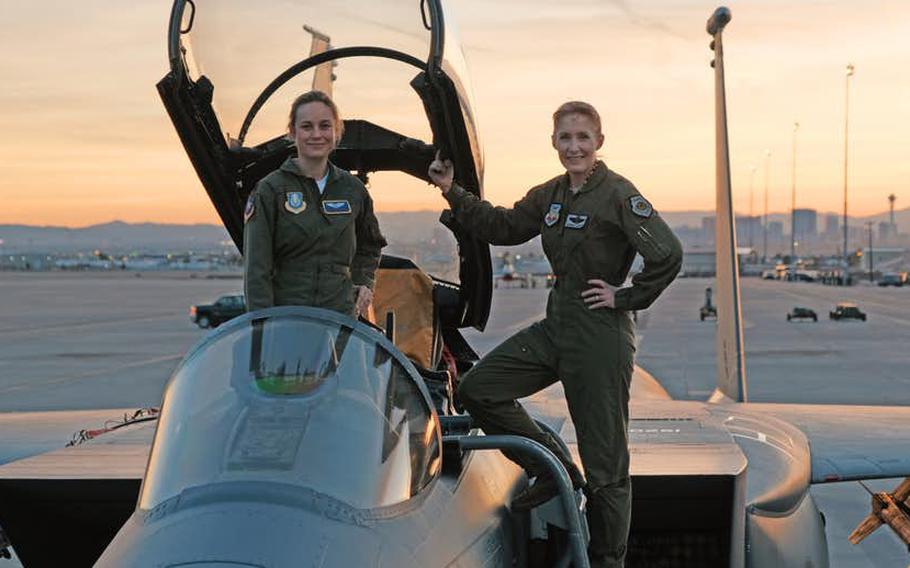 Brie Larson, who’s set to star as Air Force officer-turned-superhero Carol Danvers in the upcoming "Captain Marvel" movie, got some advice on her role from a real military leader.

Brigadier General Jeannie Leavitt, 57th Wing Commander, helped Larsen with her research at Nellis Air Force Base in Nevada. Leavitt leads 34 squadrons at 13 installations in what her bio calls the Air Force's most diverse flying wing, which flies and maintains more than 130 aircraft. Marvel tweeted a photo of the pair on Monday.

The cast includes Samuel L. Jackson, Djimon Hounsou, Clark Gregg and Jude Law. Set in the 1990s, the film revolves around the battle that ensues when Earth is caught in between warring groups of aliens.

Airmen also taught Larson about the F-15C during her visit to Nellis.