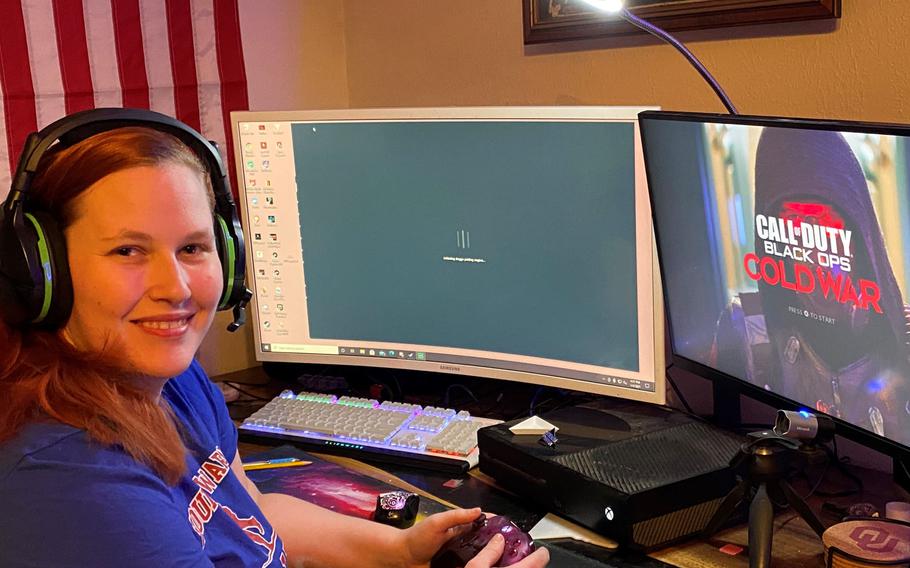 Jody Farmer, a wounded Army and Navy veteran, works as a coach for the esports team at the University of Oklahoma. She had been playing video games through online meetups hosted by the Wounded Warrior Project. (Lillie Farmer)

Jody Farmer, a wounded Army and Navy veteran, works as a coach for the esports team at the University of Oklahoma. She had been playing video games through online meetups hosted by the Wounded Warrior Project. (Lillie Farmer) 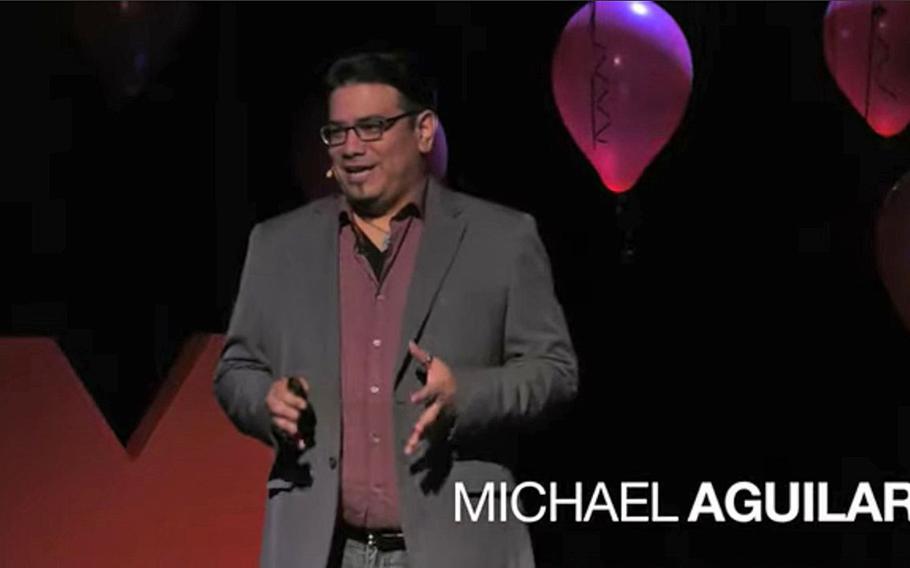 Mike Aguilar, founder of the esports department at the University of Oklahoma, gives a talk about the emerging competitive video gaming industry in a speech posted on YouTube on Oct. 22, 2019. (TEDx Talks) 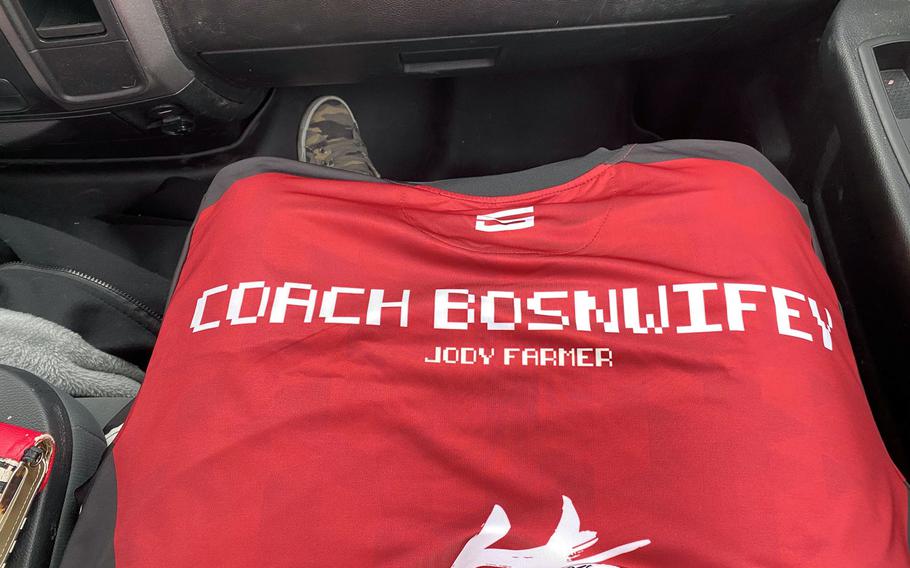 Jody Farmer spent the beginning of the coronavirus pandemic with little to do as she struggled with injuries from her military career, until an opportunity to coach college esports came along and restored some of the camaraderie she missed from her service.

Farmer, a 38-year-old Navy and Army veteran with a spinal cord injury, never thought of herself as a gamer. But she now spends up to 20 hours a week preparing two teams for collegiate video game tournaments.

“It wasn’t something I was looking for, that’s for sure,” Farmer said. “But [esports] opened my mind to new possibilities of how I can be productive.”

She is one of several veterans leading competitive gaming at the University of Oklahoma, which has announced $100,000 in scholarships for students who want to work in the esports industry. The university’s esports department opened last year after beginning as a club founded by Mike Aguilar, another veteran.

Millions of people watch gamers compete against each other in organized events, complete with live commentary like a basketball or football game. Revenues for esports are projected to surpass $1 billion this year, Business Insider reported in January.

Esports is more than just the people playing the video games, said Aguilar, director of the university’s esports department.

Each competition also has organizers, coaches, commentators, reporters and technicians working behind the scenes. He hopes his program can prepare students for these jobs in the future.

Aguilar recalled life as a military dependent in Germany in the 1980s, playing video games on an Atari 2600. The whole family would watch as he and his siblings took turns playing.

“Gaming was another method for us to stay connected,” said Aguilar, who served in the military like his father and grandfather. “It was gaming that my dad and I would bond over.”

He recruited Farmer, a fellow veteran, to become a coach for the game “Call of Duty.”

The culture of the shooting game can be toxic at times, Aguilar said, as many of the game’s fans are used to playing alone against random people, with little accountability for bad behavior. Aguilar saw Farmer, a nontraditional student and female veteran in her 30s, as a “unique gem” who could mentor gamers.

Farmer had initially been drawn to gaming because she missed the team spirit of the military. She began playing the game when the pandemic hit, and felt less alone playing with other veterans in the Wounded Warrior Project.

Without this community, “I don’t know how I would have made it through the summer,” Farmer said in a Facebook post.

She found people, including her son and a band of disabled veterans from England, willing to help her learn the game.

Now she teaches her players the strategy of “Call of Duty,” which Farmer likens to another war-themed game: chess. She runs her players through drills that teach them key routes in each map, situations they may face, and above all, teamwork.

Working with your teammates makes the victories sweeter, said Jonathan Tolle, an Air Force veteran who also joined the esports program at OU.

“Actually knowing the people you’re playing with and competing for your school, that’s why I like it,” Tolle said.

Farmer’s injuries from her military service have prevented her from doing a lot of things she once could do, such as running. And like other veterans, she misses the teamwork she experienced while serving.

“Esports allows us to get that back,” Farmer said.