California trucking school owner is sentenced to prison for his role in a $4.1 million GI Bill scam 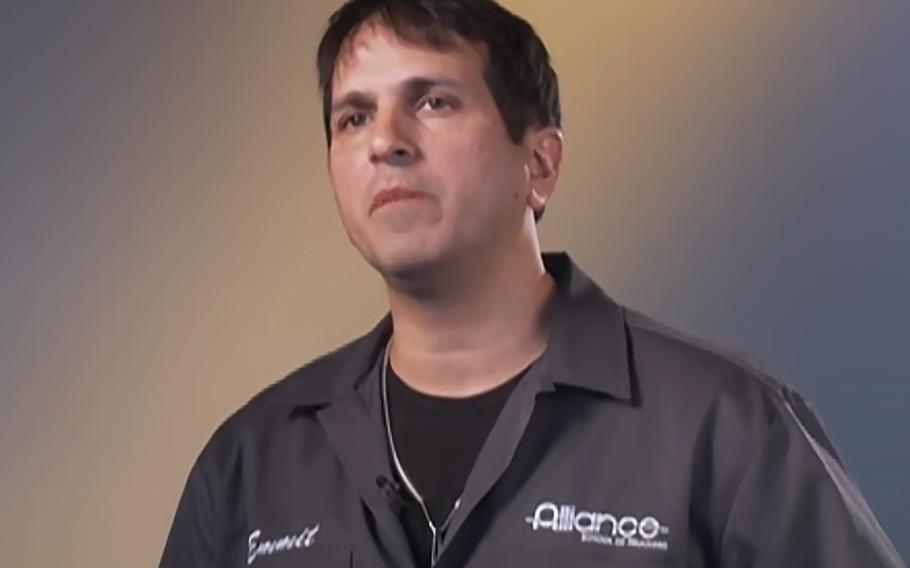 Emmit Marshall, as seen in an Alliance School of Trucking video. ()

WASHINGTON — The owner of a trucking school in California was sentenced to four years in prison for his involvement in a GI Bill scheme that bilked more than $4 million from the Department of Veteran Affairs, according to the U.S. Attorney General’s Office for the central district of California.

Emmit Marshall, 53, pleaded guilty to five counts of wire fraud in July 2019 and was also ordered by the judge to pay $4.1 million in restitution, U.S. prosecutors announced Monday.

Marshall, the owner and president of the Alliance School of Trucking, admitted in his plea agreement that he and Robert Waggoner, 56, schemed to defraud the VA from July 2011 until April 2015, prosecutors said. The two men recruited veterans to take trucking classes paid for by the Post-9/11 GI Bill. In many cases, the students never attended class and sought to pocket some of the GI Bill money for themselves.

Waggoner pleaded guilty in February to five counts of wire fraud. His sentence hearing is set for March, and he faces a maximum sentence of 100 years in federal prison, according to prosecutors.

“[Marshall] profited most from this conduct, pocketing nearly $1 million himself, which he used for jewelry, a cruise, a trip to Hawaii, property taxes on his Woodland Hills residence, purchase of a Ford F-150 and purchase of semi-tractor trailers for a new business,” prosecutors wrote in their sentencing memorandum released Monday.

The VA paid the tuition and fees directly to the trucking school in which the veterans were enrolled. In the “vast majority of cases,” the veterans never attended classes and just wanted to collect the cash from the allowances awarded by the GI Bill. The VA paid the veterans directly for housing, books and supplies, according to court officials. Marshall and Waggoner got the money for the cost of the classes and veterans got the money for housing, books and supplies, prosecutors said.

At the sentencing hearing, the judge slammed Marshall, saying the scam was “was a very serious fraud on the government,” which involved “calculated, criminal acts that cannot be condoned,” according to prosecutors.

Marshall stated in his plea agreement that he and Waggoner submitted fraudulent enrollment certifications.

Once the two men became aware their scam caught the attention of law enforcement, they removed and destroy bogus student files, according to Marshall’s plea agreement. He also directed the veteran students to lie to VA investigators.

It was unclear Wednesday whether any of the veterans will face legal repercussions or whether the VA will attempt to collect any money from them. The department did not return a request Wednesday for comment.

Marshall also occasionally used the veterans’ personal information to sign them up for VA benefits, forging signatures, sometimes without the veterans’ permission, according to the statement from the U.S. Attorney General’s Office.

A 2018 audit from the VA inspector general found roughly 11,200 students using GI Bill benefits will enroll in programs that violate VA standards, costing the federal government about $585 million in improper payments each year. The bulk of that money goes to for-profit colleges. The inspector general estimates those figures could balloon to 17,000 students and $2.3 billion in five years, if nothing changes.

The VA paid about $2.3 million between 2011 and 2015 to the trucking school and paid about $1.9 million in education benefits directly to the veterans. Court officials said the approximate loss for the VA is unclear, but they estimate it to be at least $4.1 million.