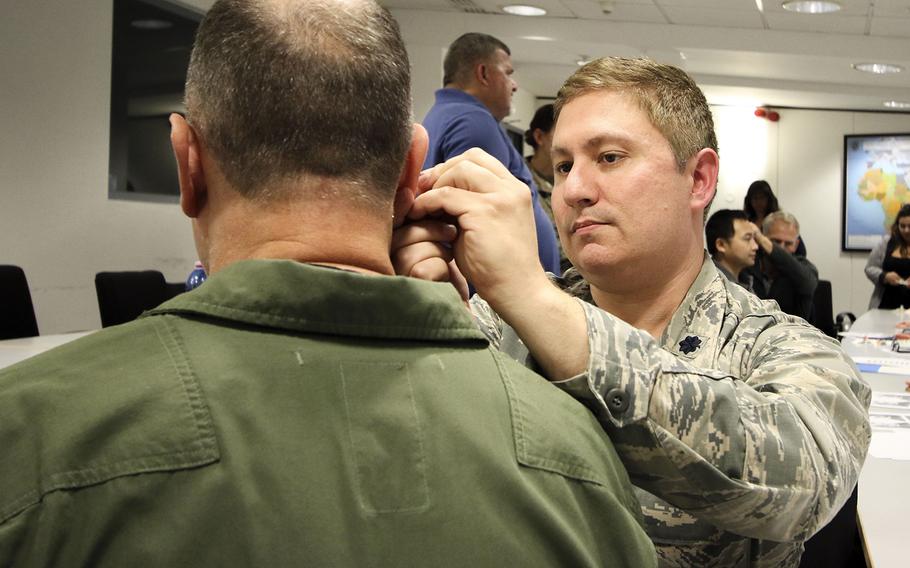 Service members who suffered moderate to severe traumatic brain injury in combat have significantly higher incidence of mental health disorders in following years as compared to warfighters who sustained other traumatic injuries, a study found.

The study, published in the current issue of the journal Military Medicine, examined almost 5,000 cases of traumatic injury experienced by Marines, soldiers, airmen and sailors during combat operations in Iraq and Afghanistan from February 2002 to February 2011.

Among the study’s findings is a clear relationship between moderate and severe brain injury and a greater risk for post-traumatic stress disorder, a link that contradicts a theory posited by some previous researchers.

Traumatic brain injury has been the scourge of U.S. combatants during the extended war on terrorism, particularly the decade after the September 2001 World Trade Center attack. Improvised explosive devices were the weapon of choice by enemy guerrilla fighters in Afghanistan and Iraq.

Improvements in body armor and medical treatment saved the lives of many blast victims who would have died in earlier conflicts. By 2010, 7,832 warfighters had survived severe traumatic brain injury, the study said.

The new research compared two groups — one that sustained moderate to severe brain injury, the other experiencing general, critical injury — and looked for associations with anxiety and mood disorders, adjustment reactions, schizophrenia and other psychotic disorders, cognitive disorders, and post-traumatic stress disorder, or PTSD.

The study found that most of these patients, 70.6%, were diagnosed with at least one of those five mental health conditions during multiyear follow-up periods.

That is “considerably higher” than the 42% found in a much smaller 2012 study, “even though our mental health diagnoses were defined more narrowly,” the study said.

However, patients who suffered traumatic brain injury were at “consistently greater” risk for diagnosis of those five conditions than the group of patients suffering general trauma, the study found.

“If you have severe TBI, you are at risk of having something undesirable,” said David Chin, the study’s co-author and a professor at the School of Public Health and Health Sciences, University of Massachusetts-Amherst.

Previous studies found links between mild and moderate traumatic brain injury and adverse mental health outcomes in combat veterans, but such research was usually limited to examining only a one-year post-injury period and primarily focused on PTSD and loss of mental function from physical injury.

The new study includes patients from all four service branches and examines mental health outcomes over longer periods of time, a median length of just over four years.

The culture of underreporting mental health issues among service members likely skews the data, he said.

“I think this illustrates that we just don’t have enough information to really get at how big the problem of mental health care actually is for these patients,” he said.

The study’s findings contradict a hypothesis by earlier investigators theorizing that patients with moderate and severe traumatic brain injury could not develop PTSD because impaired consciousness confers a sort-of “amnesiac effect” that precludes “encoding” the memories necessary for PTSD development, Chin said.