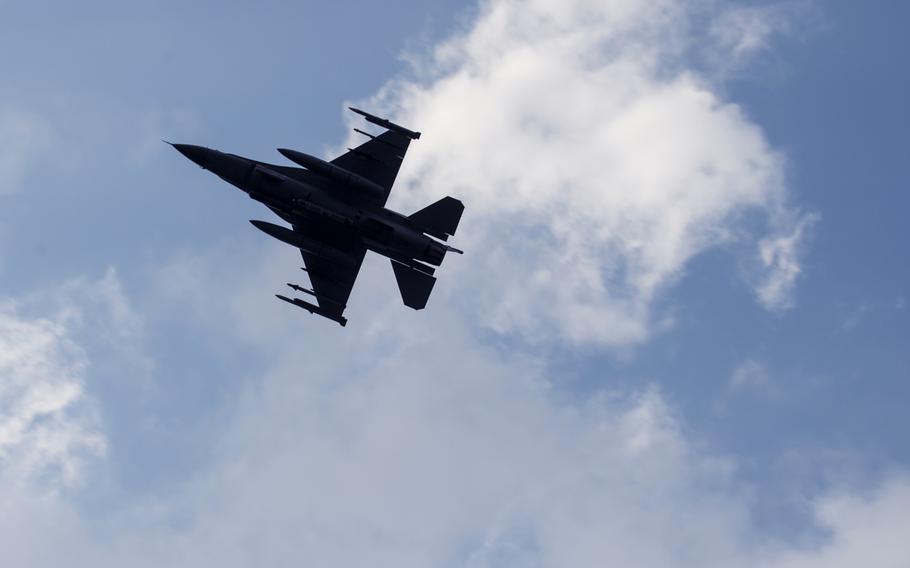 WASHINGTON — The body of the pilot of an F-16 that went missing from Tyndall Air Force Base in Florida has been recovered from the Gulf of Mexico, Tyndall officials said late Thursday night.

The pilot's identity was being withheld until 24 hours after his relatives have been notified, the base said in a message on its official Facebook page.

The U.S. Coast Guard and Tyndall officials began a search effort “following the loss of communication with a Tyndall-based F-16 aircraft” at approximately 9:15 a.m. Thursday, according to a news release from 325th Fighter Wing based there.

The Coast Guard said in a separate release that the plane went down approximately 57 miles south of Panama City, Fla.

The aircraft was assigned to the 82nd Aerial Targets Squadron, which will soon field the QF-16. According to Boeing, the company is converting some retired F-16s into “full-scale, remote-controlled manned and unmanned aerial targets that ... will be used to test newly developed weapons and train pilots for the rapidly changing nature of warfare in a safe and controlled environment.”

The aircraft that went missing Thursday was not yet converted.

The aircraft and pilot, assigned to the 53rd Weapons Evaluation Group, was performing a routine training mission over the Gulf of Mexico when the base lost contact, according to the release.

The crash is under investigation, the base said.