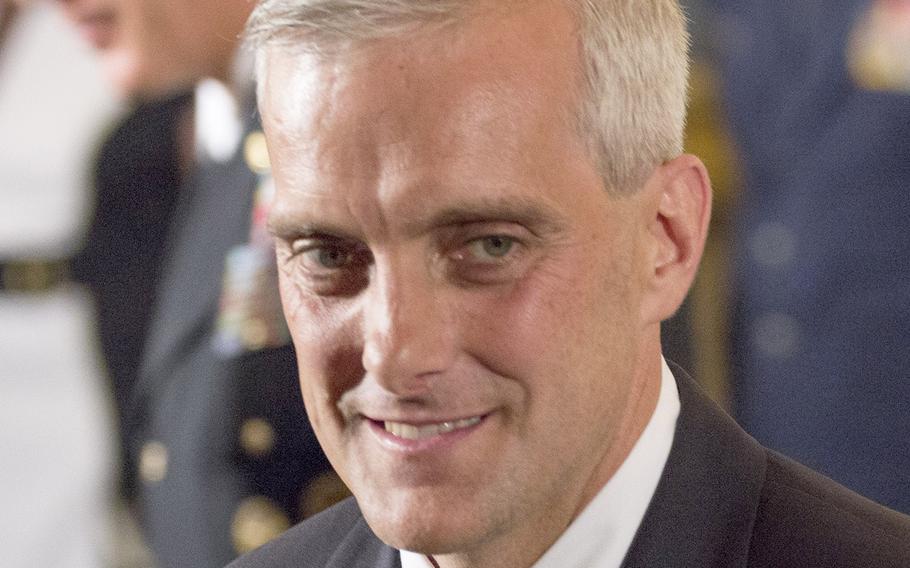 Of the nine new leaders named, four are rejoining the VA after leaving in recent years for other positions.

The announcement, which was made minutes after Biden was sworn into office, follows his nomination of Denis McDonough as VA secretary. McDonough’s confirmation hearing is scheduled for Jan. 27. It was still uncertain Wednesday afternoon who Biden would appoint to lead the department in the time before McDonough’s confirmation. A VA news release Wednesday — the first authored by the new administration — said there would be more leadership announcements “in the near future.”

Kayla Williams as the new assistant secretary for public and international affairs. Williams worked most recently as the director of the military, veterans and society program at the Center for a New American Security, a Washington think tank. She previously served as director of the center for women veterans at the VA.

Raymond Kelley as the liaison for veteran service organizations. Kelley recently worked on Capitol Hill as the majority staff director for the House Committee on Veterans’ Affairs.

Chris Díaz as the new acting chief of staff and White House liaison. Diaz is an entrepreneur and the founder and former executive director of Action Tank, a nonprofit based in Philadelphia.

Ya Wei (Jenny) Wang as director of mission operations. From 2013 to 2017, Wang served as special assistant and adviser to the White House chief of staff. She is also held numerous positions in the National Security Council.

Paula Molloy as assistant secretary for human resources. Molloy, like several other appointees, is rejoining the VA. Molloy once served as the VA assistant deputy undersecretary for health. Most recently, she worked as the chief administrative officer for the U.S. International Development Finance Corporation.

Meg Kabat as the senior adviser for families, caregivers and survivors. Kabat is a licensed clinical social worker and served in leadership roles from 2011 to 2019 within the VA Caregiver Support Program.

Tahmika Jackson as special counsel in the Office of General Counsel. Jackson previously served as the National Security Agency senior representative to the National Counterterrorism Center in McLean, Va.

Terrence Hayes as press secretary. Hayes recently worked as the national director of communication and public affairs for the Veterans of Foreign Wars. He formerly served as a public affairs officer at the VA.

John Santos as special assistant in the Office of Public and Intergovernmental Affairs. Santos previously worked as the Asian American and Pacific Islander outreach director at the Democratic National Committee.