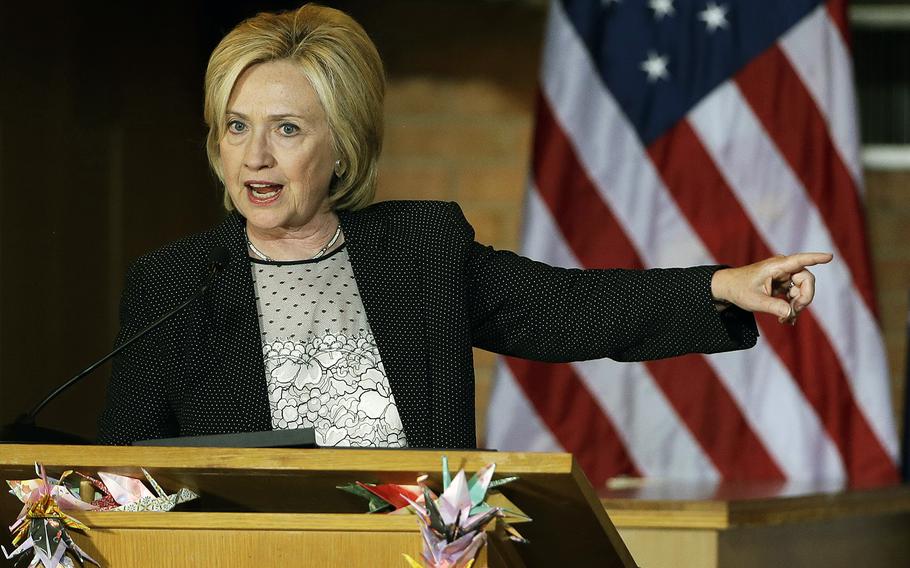 WASHINGTON -- House Republicans investigating the 2012 attacks in Benghazi, Libya, have released a March subpoena issued to Democratic presidential candidate Hillary Rodham Clinton, one day after she said in a nationally televised interview that she "never had a subpoena" in the email controversy.

Rep. Trey Gowdy, R-S.C., chairman of the Benghazi panel, said Wednesday he had "no choice" but to make the subpoena public "in order to correct the inaccuracy" of Clinton's claim.

Clinton told CNN on Tuesday that she "never had a subpoena," adding: "Everything I did was permitted by law and regulation."

Gowdy said the committee issued the March 4 subpoena to Clinton personally after learning the full extent of her use of private emails while serving as secretary of state.

"I think it was an honest mistake," Rep. Elijah Cummings, the ranking Democrat on the panel, told The Associated Press in an interview. Later, the Maryland Democrat added that "it appears clear" that Clinton had been answering a question about whether she deleted emails while facing a subpoena.

"She produced her work-related emails to the State Department in December, which was months before the Chairman's subpoena in March," Cummings said in a statement, adding that Gowdy's release of the subpoena Wednesday "is nothing but a stunt in this latest taxpayer-funded attack" on Clinton.

Nick Merrill, a spokesman for Clinton's campaign, said Wednesday that Clinton "was asked about her decision not to retain her personal emails after providing all those that were work-related, and the suggestion was made that a subpoena was pending at that time. That was not accurate."

The Benghazi committee did not issue a subpoena until March, "months after she'd done that review," Merrill said.

A committee statement on March 4 announced that it had issued subpoenas for "all communications of former Secretary of State Hillary Clinton related to Libya and to the State Department for other individuals who have information pertinent to the investigation."

Regardless, "Secretary Clinton had a statutory duty to preserve records from her entire time in office, and she had a legal duty to cooperate with and tell the truth to congressional investigators requesting her records going back to September of 2012," Gowdy said Wednesday.

The dispute over the subpoena is the latest flashpoint in an increasingly partisan investigation by the House panel, which was created to probe the September 2012 attack in Benghazi that killed four Americans, including the U.S. ambassador.

The missing emails all predate the assault on the U.S. diplomatic facility and consist mainly of would-be intelligence reports passed to Clinton by longtime political confidant Sidney Blumenthal, officials said.

Gowdy has said the missing emails raise "serious questions" about Clinton's decision to erase her personal server, especially before it could be analyzed by an independent third-party arbiter.

Merrill said Clinton turned over 55,000 pages of materials to the State Department, including all emails in her possession from Blumenthal.

© 2015 The Associated Press. All rights reserved. This material may not be published, broadcast, rewritten or redistributed.