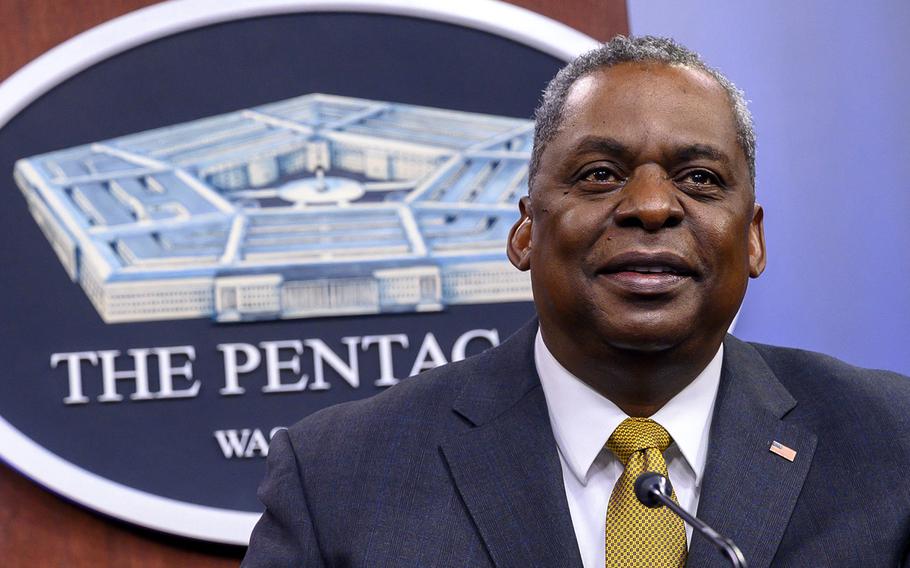 WASHINGTON — Defense Secretary Lloyd Austin has called on the Defense Department workforce to reaffirm their values and ethical conduct, according to a memorandum released Tuesday.

In the two-page document dated Monday, Austin tells personnel that they represent the core values of the United States including honesty, integrity, character and selflessness.

“I know you treasure these values just as much as I do,” Austin wrote. “And I know I can count on you to conduct yourselves always in a manner that leaves no doubt of your fidelity.”

The memo comes during a time when the Defense Department is reviewing and examining issues related to the culture and character among the force. Last week, the Pentagon created the 90-day independent review commission on sexual assault in the military. On Tuesday, members of the commission to review defense infrastructure named after Confederates were sworn in. Austin also ordered on Feb. 3 that all military units conduct a stand down within 60 days to address extremism within the ranks.

A request for information to the Pentagon on why Austin wrote the letter to the workforce went unanswered Tuesday.

In the memo, Austin described ethical conduct as demonstrating the core values through actions such as being good stewards of taxpayer funding and gaining their trust and confidence.

“And it means rededicating ourselves, constantly, to the privilege of being public servants,” he wrote. “I share President [Joe] Biden’s commitment to restoring and maintaining public trust in government.”

The defense secretary listed four expectations for the department’s personnel: completing the annual ethics training by the end of the fiscal year; ensuring that financial and operational processes, reporting and data are accurate and secure; prevention of fraud, waste, and abuse; and to make “ethical decision-making an integral part of our daily conversations, meetings, and engagements.”