Attractions of service obscured by hard costs of war 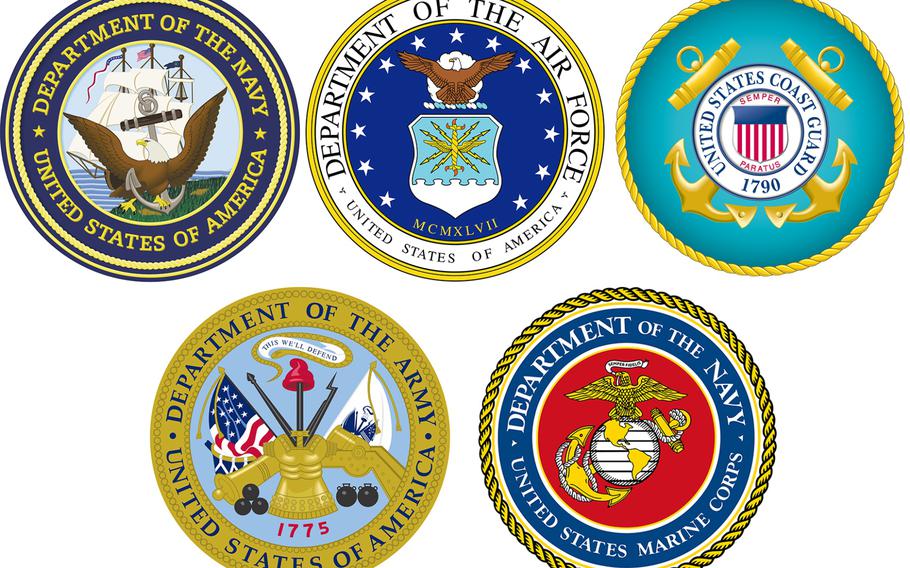 Some military leaders are expressing concern that a constant spotlight on efforts to ensure fallen and wounded servicemembers are not forgotten may be having an unintended consequence of hurting recruiting efforts. (Defense Department)

Perhaps to a degree not seen before, news outlets, politicians of every stripe and wounded warrior charities have turned an intense spotlight on problems servicemembers and veterans have faced on returning from war.

Consider the number of news stories on post-traumatic stress and suicide, congressional hearings on the same as well as on sexual harassment in the ranks and veterans waiting months for VA care, and the steady stream of TV advertising to fundraise on behalf of wounded warriors.

Have the costs of war been so magnified by these trends as to obscure, or even distort, the more common positive experiences of volunteers who gain from service only valuable skills and robust benefits?

Recruiting officials believe that they have. With the U.S. economy improving and youth unemployment falling, they see the incessant negative images of wartime service as extra headwinds against their own efforts to tell the nation’s youth of opportunities that flow from serving their country.

Stephanie P. Miller, director of military accession policy for the Department of Defense, noted during a 40-minute phone interview Wednesday that in 2004 about 85 percent of recruit-age youth surveyed said they believed military service would help them earn money for college.

Yet despite the launch of far more generous Post-9/11 GI Bill education benefits in 2009, which today easily cover up to $96,000 in education costs to attain four-year degrees, the proportion of recruit-age youth who associate the military with college money has fallen to 60 percent.

Miller pulled one more data point from the annual Youth Attitude Tracking Survey. In 2004, she said, 63 percent of recruit-age youth perceived the military as providing an attractive lifestyle. Today, only 36 percent of youth believe it does. Perceptions of service life have soured.

“A lot of the media coverage of the military over the last 10 years has highlighted wounded warriors, sexual assault and some of the negative aspects of military service that, realistically, only a small part of the population may experience,” said Miller.

Maj. Gen. Jeffrey Snow, head of Army recruiting command, made a similar point this month on National Public Radio’s Here and Now program, noting first that for soldiers wounded in war “we absolutely have an obligation as an Army and as a nation to take care of them.”

But, he added, the perception left with some parents is that in supporting “their son coming to the Army, that’s going to mean [coming] come home in a diminished capacity.”

The possibly exists, Snow said, but “the vast majority of our young men and women…blossom” in service “and go on to do bigger and better things. I get a little concerned that [efforts] designed to make sure we don’t forget about our fallen and our wounded may be hurting our youth and our ability to recruit today.”

“So our biggest advocates out in the community may not be there as much as they were previously,” Miller said. American youth, she added, “are not necessarily saying no to military service. It’s that they don’t know about the opportunities that military service provides.”

That’s why the Department of Defense and every service branch is pressing to better educate youth and influencers, including parents, teachers and coaches “about the realities and positive aspects of military service.”

Recruiting remains strong but the challenges are rising. Through the first nine months of fiscal 2015, active duty Army and Army National Guard fell short of accession goals. The regular Army was 4700 recruits or 11 percent short. The ANG missed its target by 10 percent or 3500 recruits.

Both are expected to close that gap by Sept. 30, end of the fiscal year. But Army Reserve now forecasts a 2000-recruit shortfall for fiscal 2015. And entering fiscal 2016, active duty Army expects to see a 7000 shortfall in its Delayed Entry Pool goal of 21,000 signed recruits to ensure a strong start.

Preparations are being made for a tougher recruiting environment, Miller said. All services are adjusting enlistment bonuses. The Army relaxed its policy on tattoos a few months back, removing limits on size and number soldiers can have on arms and legs. Recruiters have gone from “processing” a steady flow of recruits to “prospecting” to ensure quality stays high.

“What I mean by that,” Miller said, is that “recruiters are now having to canvass, and actually pound pavement if you will, to find the high-quality youth market who are interested and qualified to join.”

Defense Secretary Ash Carter next week is to receive a package of proposals for creating an optimal “Force of the Future.” One five-part proposal seeks to improve the efficiency of recruiters. It calls for shifting recruiting practices fully into the digital age, using sophisticated analytics and testing to identify the best prospects and to lower first-term attrition rates.

The proposal is likely to include a five-year pilot program to use cash incentives to reward recruiters, perhaps with $200 in bonus for every top quality recruit signed. Some of that money could be withheld or recouped in case their recruits fail to complete at least two years of service.

Miller said it would be premature to discuss or even confirm any initiative being studied as part of the Force of the Future initiative. But the department is developing new tools to make recruiters more efficient.

For example, it soon will field an internet-administered short test to predict how recruit prospects would score if they took the longer Armed Forces Qualification Test. This will allow recruiters to focus more of their efforts on applicants who clearly have needed aptitude for service.

Also recently launched was an Internet pre-screening version of the Armed Services Vocational Aptitude Battery. Prospects can take it without a proctor to learn their aptitude for desired job specialties and to speed processing toward enlistment. If they got help to score well, that will be detected through brief retests at recruit processing centers.