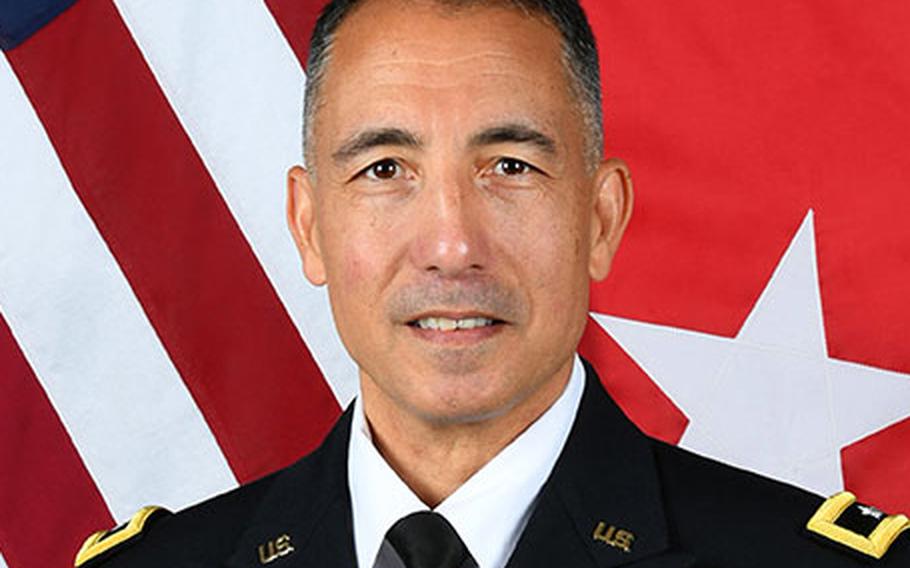 Maj. Gen. Stephen J. Maranian was suspended amid an investigation into undisclosed allegations against him, the Army announced Tuesday. (U.S. Army)

WASHINGTON — The general in charge of the U.S. Army War College was suspended amid an investigation into undisclosed allegations against him, the Army announced Tuesday.

The allegations against Maj. Gen. Stephen J. Maranian were “unrelated to his current position” as the commandant of the War College in Carlisle, Pa., the Army said in a brief statement emailed to reporters. Army officials declined to provide additional information about the investigation on Tuesday, including who was conducting it.

Army Maj. Gen. David C. Hill, who had been serving as the deputy commander of the U.S. Army Corps of Engineers, was assigned Tuesday as the acting commandant for the War College.

Maranian took command of the War College in July, when he became that school’s 52nd commandant. Maranian commissioned into the Army as field artillery officer in 1988 and is a veteran of the recent wars in Afghanistan and Iraq, according to his service biography.

Before taking command at the War College, from which he graduated in 2013, he had served most recently at the Army Combined Arms Center at Fort Leavenworth, Kan., as its deputy commanding general for education.

The U.S. Army War College trains lieutenant colonels and colonels to lead at the military’s highest levels. The school includes about 800 students, who earn master's degrees in strategic studies upon graduation, according to the Army. The program typically takes students who attend in person about ten months to graduate and those who participate virtually from elsewhere about two years.

In remarks to the school when Maranian took command in July, he said he was excited to return to the college to help shape the Army’s future top leaders.

“In addition to being the commandant, I look forward to being your coach, your loudest cheerleader, and your advocate,” Maranian said, according to an Army release from July.