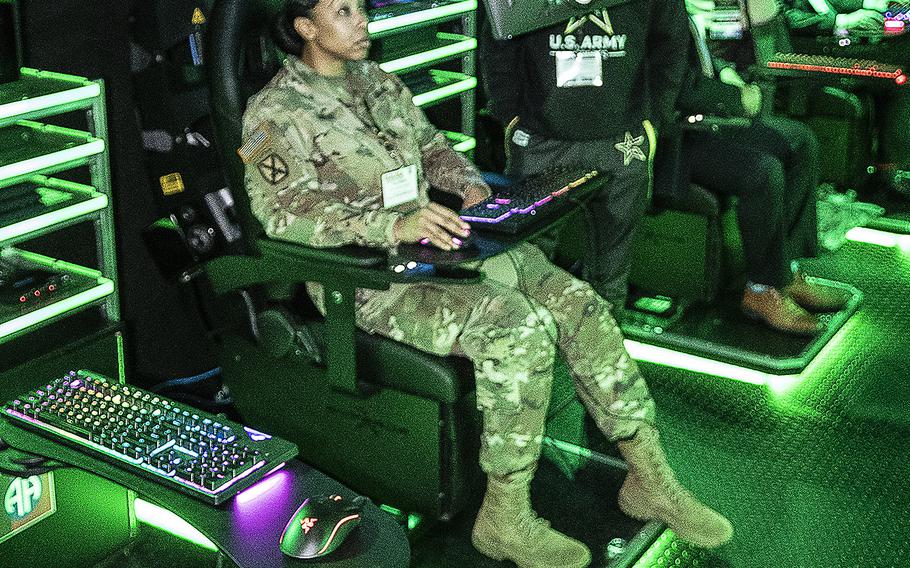 A soldier plays a video game in the U.S. Army Esports trailer at the AUSA 2019 Annual Meeting in Washington on Tuesday, Oct. 15, 2019. (Ben Bateman/Stars and Stripes)

The U.S. Army Esports team brought its gaming trailer to the Association of the U.S. Army 2019 Annual Meeting in Washington, attendees the opportunity to experience a semi’s worth of video game wizardry. Sgt. 1st Class Christopher Jones said the 18-wheeler is equipped with eight gaming chairs, each with a gaming PC, an Xbox One S, a ps4 Pro and a Nintendo Switch, which allows for competitive or casual play.