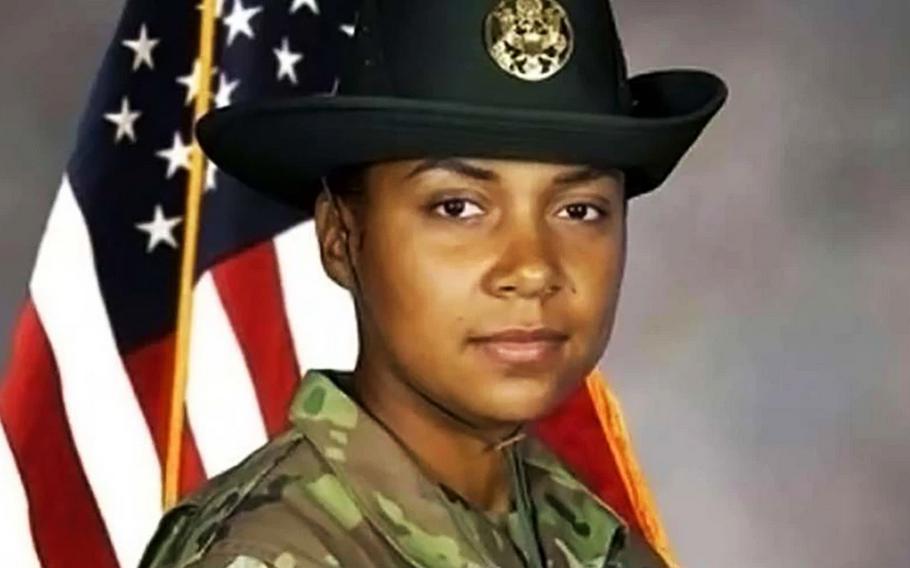 AUSTIN, Texas — Up to $25,000 is available to anyone with information about the New Year’s Day killing of Staff Sgt. Jessica Mitchell in San Antonio, Army officials announced Thursday.

Mitchell, a 30-year-old drill sergeant at Joint Base San Antonio-Fort Sam Houston, was shot in her white 2019 Dodge Charger while driving eastbound along Interstate 10 near Vance Jackson Road at about 2:15 a.m., according to the Army Criminal Investigation Command, known as CID. She was last seen at the 4th Quarter Sports Bar on Wurzbach Road in San Antonio at about 2 a.m.

“We are actively investigating the circumstances surrounding Staff Sgt. Mitchell’s senseless murder and are asking the public to come forward if they have any information on this case, regardless of how insignificant it may seem,” said Chris Grey, spokesman for Army CID.

The suspect’s vehicle is possibly red and should have damage to the passenger side of the vehicle, according to a news release last week from the San Antonio Police Department, which is leading the investigation.

“This case is still open, and we have not received any new or updated information,” said Officer Cory Schuler, a spokesman for the department. “Our homicide unit is working around to the clock on this case.”

Officers from the department were dispatched to the section of highway for a stranded vehicle in the left lane causing a hazard, according to police. Upon arrival, officers found Mitchell inside the car with multiple gunshot wounds and damage from multiple gunshots to the driver’s side door and window.

Emergency medical personnel transported Mitchell to University Hospital where she died. A dental specialist, Mitchell had been assigned to the Army Medical Center of Excellence since August 2019, according to base officials. In the two years prior, she worked at the base’s dental clinic.

During her military career, Mitchell also was stationed in Louisiana, Alaska and Germany, according to her obituary. She had one son.

Funeral services for Mitchel are scheduled for Tuesday in Topeka, Kan., where she was born.

The reward from CID is available for information leading to the arrest and conviction of anyone responsible for Mitchell’s killing, according to CID. People can contact the Fort Sam Houston CID Office at 210-221-1628 or contact their local police department.

Anonymous tips about the crime can be submitted on CID's website. Anonymity will be honored to the degree allowable under the law and the information will be held in the strictest confidence allowable. The payout of cash rewards to military and federal employees for information is contingent upon the accuracy and value of information provided, and the action taken based upon that information.