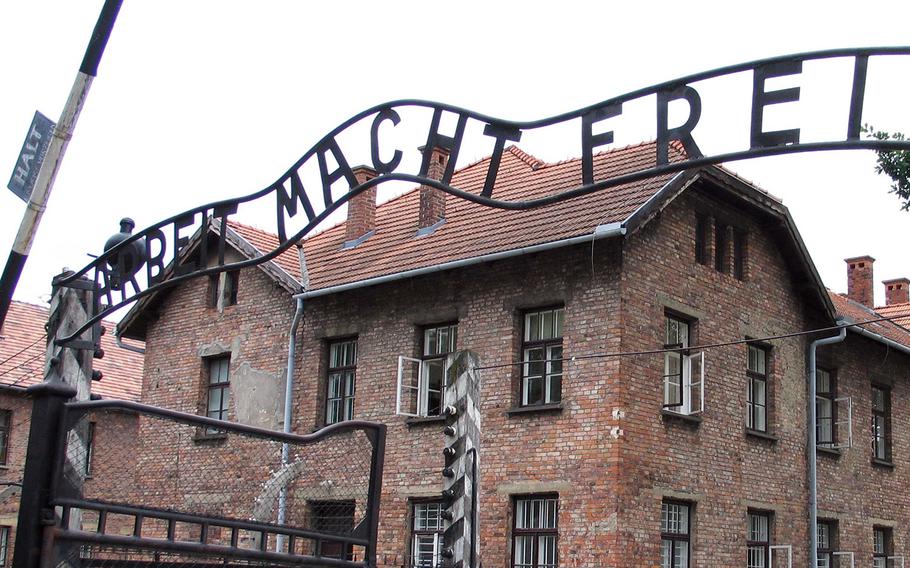 AUSTIN, Texas – An Army commander of a Houston-area recruiting company has been suspended for distributing a memo that included a phrase used in concentration camps by the Nazis during World War II, officials from Army Recruiting Command confirmed Friday.

Officials are investigating the company commander who sent the memo using the German phrase "arbeit macht frei," which translates to "work will set you free," said Kelli Bland, spokeswoman for Army Recruiting Command, based at Fort Knox, Ky.

The name of the commander and the unit have not been identified.

The phrase headlined a section of the memo explaining incentives, including time off, available to recruiters depending on the number of contracts that they are able to complete.

The language of the memo came to light Wednesday when it was shared by the Twitter account, “Truth of Army Recruiting.” That post included a photo of a gateway to Auschwitz, a Nazi concentration camp in Poland that was active during World War II. The phrase was displayed across the arch of the gate. Dachau, a concentration camp at the time in southern Germany, also had a gate with the phrase.

The actual Army memo was distributed digitally and did not contain any images, Bland said.

“We have no evidence or reason to believe that the company commander distributed a photograph of the fence, but this will be looked into as part of the investigation,” she said.

The commander has been suspended pending the outcome of the investigation into the situation. The commander has apologized to the unit and arrangements have been made for the entire unit to receive additional equal opportunity training, Bland said.

“Army recruiting leaders will take appropriate action once the investigation is complete and all facts are known,” she said. “When an individual enters into the military, they are held to high moral and ethical standards -- soldiers who choose not to live up to our values will be held accountable for their actions.”