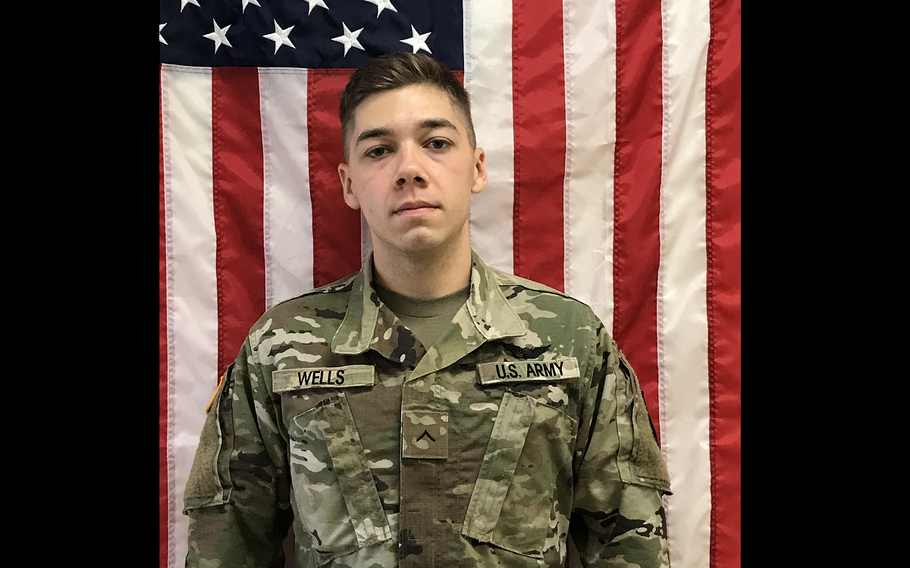 Wells was conducting weapons training with the 101st Airborne Division at a small-arms range at the time of the accident. He was medically evacuated to a base hospital, where he died of his wounds. No other soldiers were injured.

Wells was an aircraft electrician in the 101st Combat Aviation Brigade. He joined the Army in 2017 and arrived at Fort Campbell in 2018 after training at Fort Jackson, S.C., and Fort Eustis, Va.