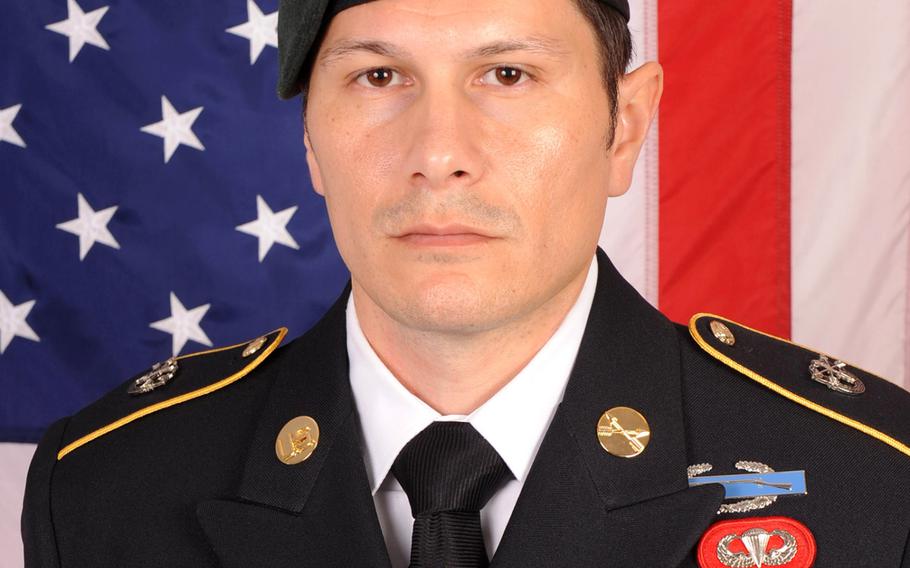 Webb, 37, was charged in the Saturday evening shooting at Don Carter Lanes with three counts of murder and three counts of first-degree attempted murder. The soldier attended the courtroom hearing in Winnebago County, Ill., via a Zoom call, NBC-affiliate 13 WREX reported.

Webb’s attorney Elizabeth Bucko said in court that the soldier suffers from PTSD and he has been scheduled to be evaluated for the anxiety disorder and a traumatic brain injury, WREX reported. Bucko said Webb is prescribed medication, but did not say for what condition.

Webb’s attorney also said the soldier has memory loss issues, the Rockford Register Star reported. Webb was denied bond Monday by Judge Debra Schafer and his next court hearing is scheduled for Feb. 16.

Webb is a Special Forces assistance operations and intelligence sergeant assigned to 3rd Battalion, 7th Special Forces Group (Airborne), located at Camp Bull Simons, Eglin Air Force Base, Fla., according to the Army. He was on leave at the time of the shooting.

Webb has deployed to Afghanistan four times since 2009, including from January to July of this year, according to details of his service record released by the Army on Monday. He has also worked as a Special Forces engineer sergeant and a parachute rigger. Webb’s military awards include two Bronze Star Medals, two Army Commendation Medals, the Army Achievement Medal, and four Army Good Conduct Medals. He has also earned a Presidential Unit Citation, the Ranger Tab, the Special Forces Tab, the Combat Action Badge, the Combat Infantryman Badge, the Military Freefall Parachutist Badge, the Parachute Rigger Badge, and the Parachutist Badge.

When the shooting happened Saturday, about 25 people were at the bowling alley, which has an upstairs bar open for patrons in accordance with the state’s pandemic restrictions, Dan O'Shea, the Rockford Police Chief, said Sunday at a news conference. The police believe Webb was shooting inside and outside the building. Most of the shooting was captured on surveillance footage from inside the building, according to O’Shea.

Three men, aged 65, 69 and 73, were shot and killed. A 62-year old man also suffered multiple gunshot wounds and was in critical condition Sunday, according to O’Shea. The other two shooting victims are a 14-year old boy who was shot in the face and is in stable condition, and a 16-year old girl who was shot in the shoulder. The girl was treated and released from a local hospital. The teenagers were there to pick up food and were not in the bar area, according to O’Shea.

"We believe this was a completely random act, and there is no prior meeting or any kind of relationship between the suspect and any of the victims in this case," O'Shea said at the news conference. He could not speak to any possible motive for the shooting.

Webb was arrested without police officers having to fire their weapons, according to O’Shea.

Before Webb was arrested, he attempted to “obscure his identification and hide his weapons,” which O’Shea stated were two handguns.