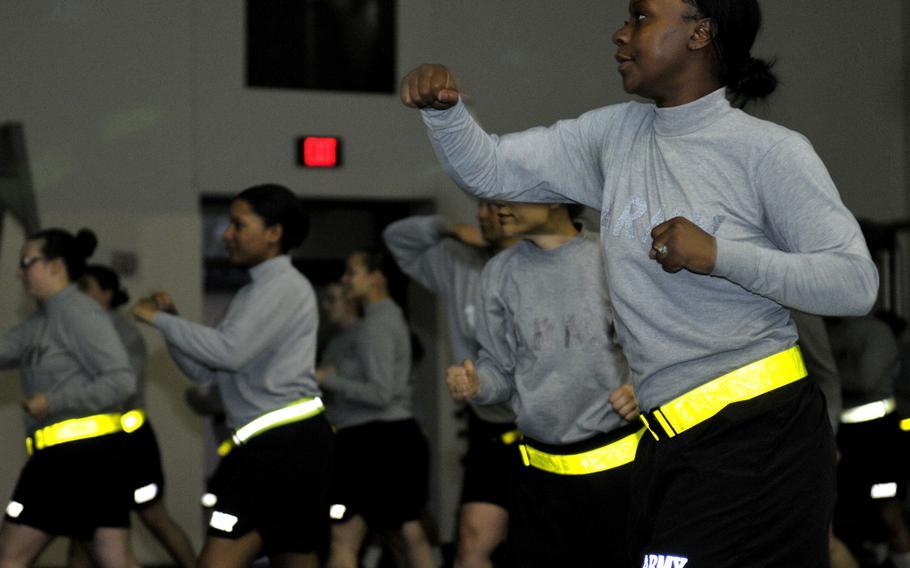 Soldiers will have a year to get back in shape after giving birth, the Army has announced.

Soldiers who are between 181 and 365 days postpartum will have any flags on their records removed and will no longer be entered into the Army Body Composition Program, which requires soldiers to make a series of medical appointments and submit a weight loss plan to their command.

The new policy applies to both active-duty and reserve soldiers, the Army said Friday. Women comprise about 15% of the active-duty Army, a 2020 Government Accountability Office report found, and about 23% of reservists.

In February, the Marine Corps also extended its exemption on postpartum physical fitness tests and body composition standards to 12 months, up from nine months.

The changes come after research has shown that many new mothers require far longer to heal from childbirth — up to a year or more — than the previously assumed six to eight weeks.

The armed services all provide women with six weeks of convalescent leave after giving birth and six weeks of “primary caregiver” leave.

Last year, a Navy study found that postpartum women had increased odds of failing to meet fitness standards and had lower test scores up to 2 1/2 years after giving birth, compared to women who had not given birth. Core strength and cardiovascular endurance scores were significantly lower in women at one year postpartum compared to other women.

“Our findings show that additional interventions may be needed to assist women in returning to prepregnancy fitness up to 1 year postpartum,” the study said.

The extended timeline also comes as the Army is revising its physical fitness test. In an early test among 14,000 soldiers, 65% of a small set of women failed, while 10% of men failed.

Congress, in response, ordered the Army to conduct an independent review of the new test — which includes leg tucks and a heavy deadlift — over concerns that it has made it harder for women to succeed and over questions about how big a role fitness should play in the modern Army.