Army gets first delivery of its newest armored vehicle 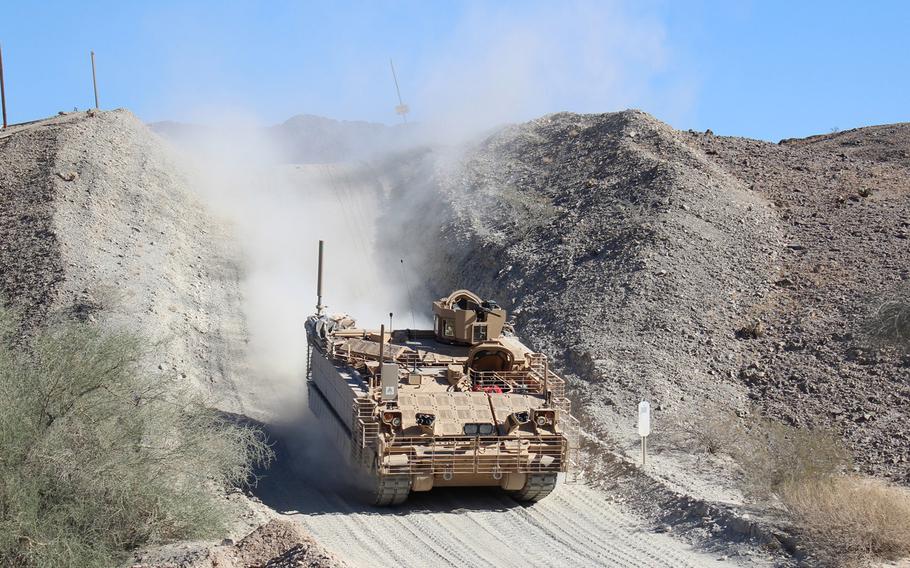 The Army's new Armored Multipurpose Vehicle will come in multiple variants to carry out missions ranging from command and control to medical evacuations. (BAE Systems)

The Armored Multipurpose Vehicle will come in multiple variants to carry out missions ranging from command and control to medical evacuations and mortar carrying support, the military contractor BAE Systems said in a statement Tuesday.

“Finalizing the first AMPV for delivery marks a major milestone for the program and the U.S. Army,” said Bill Sheehy, BAE’s program director for the vehicle.

Getting the new AMPV has been a top modernization priority for the Army, which is expected to send at least some of the new vehicles to units in Europe.

The first vehicle delivered was a mission command variant that will improve an armored unit’s ability to communicate while on the move, BAE said. The medical treatment and evacuation version is expected to serve as an “operating room on tracks” for soldiers suffering life-threatening injuries, the company said.

“The AMPV has demonstrated outstanding survivability and force protection as well as flexibility and growth for the future,” said Jeremy Tondreault, a BAE vice president.

The company said it will eventually deliver more than 450 vehicles in connection with its 2018 contract with the Army.

As the new AMPVs arrive, the Army will phase out the M113 armored personnel carrier, which already has been replaced by the Bradley Fighting Vehicle for front-line units, going back to the 1980s.

Still, the M113 continued to have a role for support units and troops. It was designed with an aluminum hull to make it lighter for transport, while still protecting troops against small-arms fire. But its vulnerabilities to roadside bombs during the war in Iraq forced the military to look for alternatives at the time, such as the Mine Resistant Ambush Protected vehicle, or MRAP.