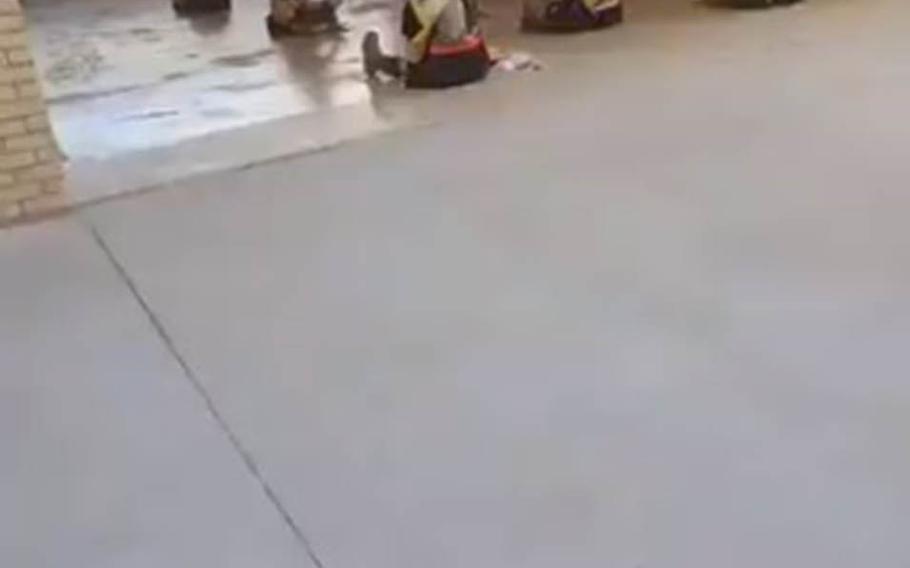 An Oklahoma-based drill sergeant found himself in hot water with superiors this week in the wake of a profanity-laced viral video in which he described his trainees as soft and sickening. (TIKTOK)

An Oklahoma-based drill sergeant found himself in hot water with superiors this week in the wake of a viral video in which he described his trainees as “[expletive] soft” and “[expletive] sickening.”

The video, posted on TikTok by the drill sergeant at Fort Sill, was shared on Twitter by user Lethality Jane, who maintains a considerable following and often posts on military topics.

Army Times, which first reported on the video Tuesday, said it had identified the drill sergeant as Staff Sgt. Treyon Wallace after comparing his TikTok and Facebook profile photos. The TikTok account, @dstomcat92, which has nearly 10,000 followers and more than 49,000 “likes,” is currently private.

In the video taken Sunday, Wallace films a scattered group of trainees sitting on the ground with cellphones to their ears. He harshly criticizes the Army policy that allows once-a-week use of cellphones by trainees.

“This is what the Army has turned into now,” he says. “A bunch of soft-assed, [expletive] … ” he says, his words trailing off as he surveys the trainees. “I get to use my cellphone every [expletive] Sunday for 30 minutes because, why? Because we’re [expletive] soft, that’s why. [Expletive] sickening. You’re crying and you just got here and you ain’t done [expletive].

“But hey, this is the new Army; I guess we gotta [expletive] change with ‘em.”

The Twitter post drew the attention of Lt. Gen. Ted Martin, deputy commander of the U.S. Army Training and Doctrine Command, who responded to one Twitter commenter by writing: “We heard him. Loud & clear.” Martin tagged the command sergeant major in his response.

“Phone privileges have increased due to the global pandemic to ensure that families and loved ones know that their trainee is safe and doing well,” she said.

She said the video “does not reflect the values or sentiments” of Fort Sill or its service members and that the 434th Field Artillery Brigade command “is addressing the issue” with the drill sergeant.