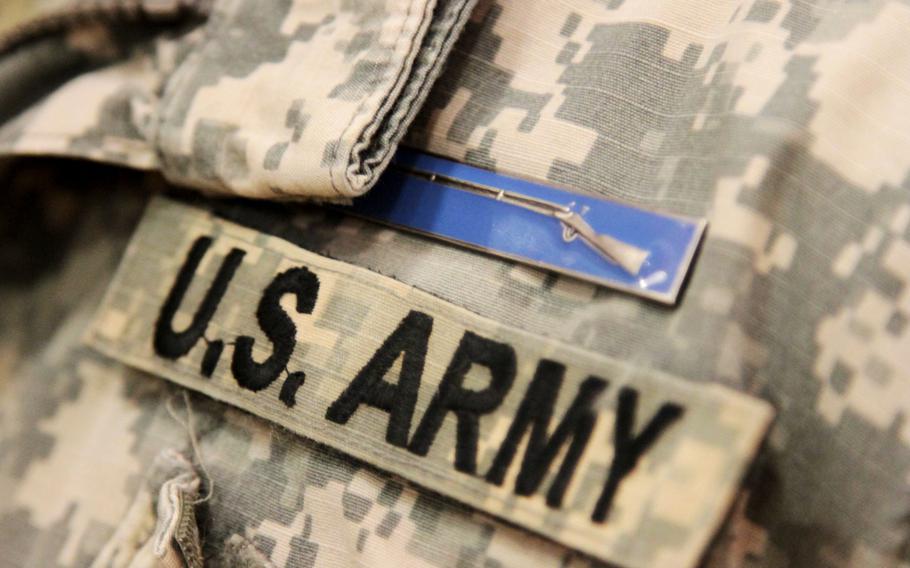 A soldier with the 4th Infantry Division wears his Expert Infantryman Badge during an EIB award ceremony on March 18, 2016. (U.S. Army photo)

Soldiers stationed in New York, Texas and Colorado are slated to deploy this winter to Afghanistan and South Korea, the Army said Thursday.

Both deployments are part of a regular rotation of forces to support Operation Freedom’s Sentinel, the Army said.

“We are not strangers to operations in Afghanistan as proven through our extensive deployment history,” Col. Paul L. Larson, commander of 2nd Brigade Combat Team, said in an Army statement.

“Our soldiers have conducted rigorous and realistic training over the past two years which has made mentally and physically fit soldiers ready for the mission we will soon face.”

It will replace the 1st Armored Brigade Combat Team, 3rd Infantry Division, as part of a regular rotation of forces that supports U.S. Forces Korea’s commitment to the security of South Korea, the Army said.

“The Bulldog Brigade is looking forward to supporting the mission in the Republic of Korea," said Col. Marc Cloutier, commander of 3rd Armored Brigade Combat Team, 1st Armored Division in an Army statement.