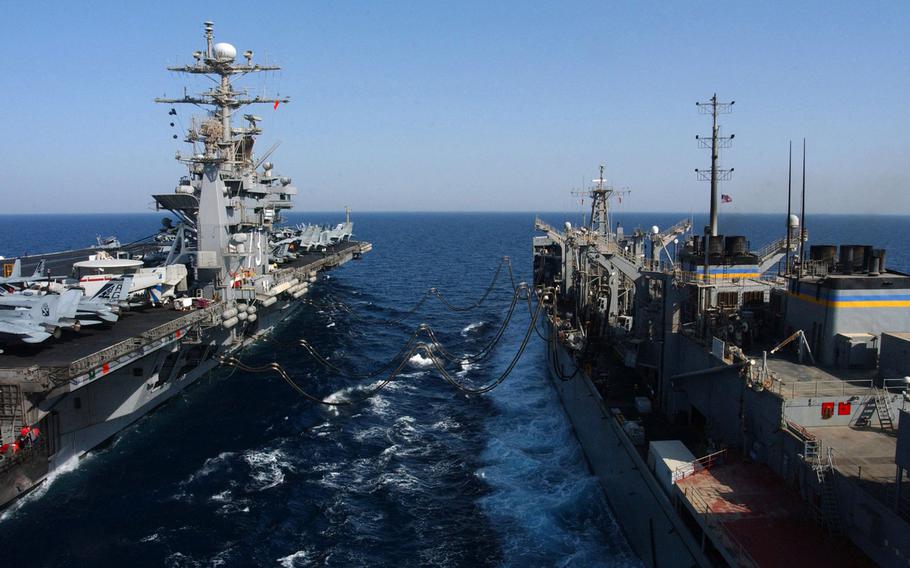 WASHINGTON — The architects of the 1980s military buildup came before senators Tuesday to explain how they were able to rebuild and expand the Navy by 75 ships in just seven years under conditions not so different than they are today.

The Navy at the time faced shortfalls due to budget cuts, it was struggling with cost overruns, and shipbuilding programs were stagnating, testified former Navy Secretary John Lehman.

“As a result, we as a nation were losing our ability to deter disturbers of the peace,” he told the Senate Armed Services Seapower Subcommittee. “The same situation with very different actors is true today.”

But while members of the subcommittee are unanimous in their support for a similar buildup today from 276 ships to 355, there are differences.

Today’s Congress remains deadlocked over spending, and this huge military expansion lacks the push of a broadly popular president. Ronald Reagan enjoyed a 58 percent approval rating six months into his presidency; President Donald Trump’s rating this week was under 40 percent.

William Schneider, who served as a former associate director in Reagan’s office of management and budget, said Reagan was able to build “very effective collaboration” in Congress to fund the very substantial increase in defense.

“His success in building a 600-ship Navy was a remarkable story of committed executive and legislative branch leaderships,” he said.

Lehman told the committee that the 1980s effort was successful because it had a cohesive strategy based on the nation’s vital defense interests that enjoyed widespread bipartisan support as well as support from the White House, budget office, the Pentagon and the Navy and Marine Corps.

In addition, there was a deep commitment to discipline in procurement, reining in the kind of cost overruns that have plagued the building of the design and construction of the first Ford-class aircraft carrier. That means completing and freezing the design before going out to bid and ensuring there is accountability to keeping to the fixed price, he said.

With 22 Defense Department administrators able to sign on for increased spending, the only way to keep that discipline is to hold someone accountable, he said.

“There should be one person where the buck stops and that has got to be the service secretary,” he said.

Everett Pyatt, former Secretary of the Navy for Shipbuilding and Logistics, said another way to avoid runaway costs is to abolish incremental funding for ships. By approving the full amount for a complete ship up front, they were able to control the costs and not get into the kinds of problems today’s military is facing. He said he just learned of $700 million “buried in the post-delivery cost” for the Gerald R. Ford aircraft carrier.

“For a ship that’s already been delivered — I don’t understand that,” he said.

Sen. Roger Wicker, R-Miss., chairman of the subcommittee, praised the witnesses for “thinking outside the box” when they reactivated and modernized ships that had been decommissioned early rather than building all new.

He said the subcommittee along with their counterparts in the House have adopted the 355-ship Navy Ships Act into the 2018 National Defense Authorization Act.

But Democratic senators on the subcommittee warned that the Navy buildup won’t be possible without commitment by Congress to repeal the Budget Control Act, which caps defense spending with the threat of automatic across-the-board cuts known as sequestration.

“One thing is clear,” said ranking member Mazie Hirono, D-Hawaii. “If we do not deal with the [Budget Control Act], we will end up cutting the size of the Navy.”