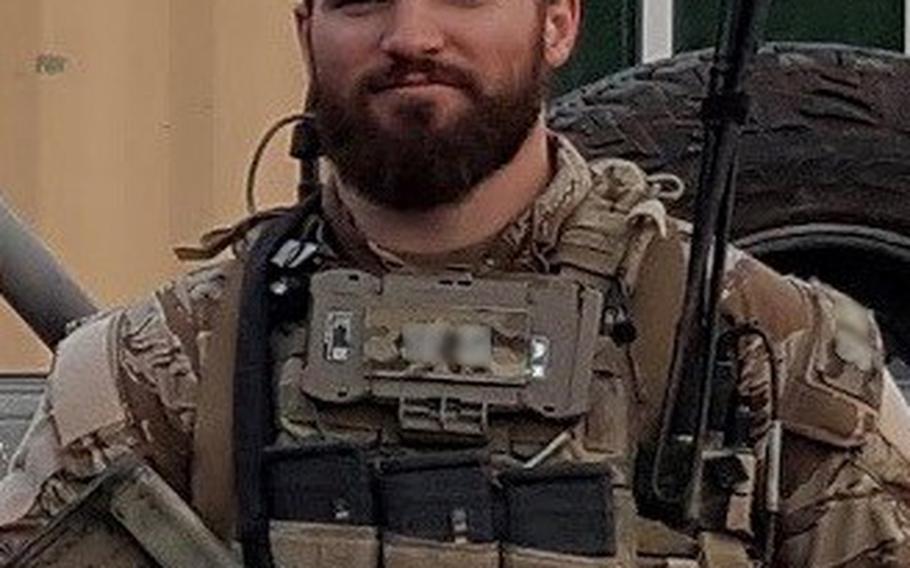 Tech. Sgt. Cam Kelsch will receive both the Silver Star Medal and Bronze Star with "V" device for valor during a ceremony April 9, 2019. (U.S. Air Force)

An Air Force special tactics operator will receive the Silver Star, the nation’s third highest medal, and the Bronze Star with "V" device for valor for separate actions alongside Army Rangers on a recent deployment to Afghanistan, in support of the U.S. counterterrorism and advising missions there.

Tech Sgt. Cam Kelsch, a Ventura, Calif.-native assigned to the 24th Special Operations Wing at Hurlburt Field, Fla., will receive the medals during a ceremony at the Mighty Eighth Air Force Museum in Pooler, Ga., on Tuesday. At the ceremony, Maj. Gen. Vincent Becklund, deputy commander of Air Force Special Operations Command, will award the medals for the two missions, the command announced this week.

Deployed as a joint terminal attack controller to Afghanistan with members of the Army’s 75th Ranger Regiment, Kelsch safeguarded U.S. and partner forces during an operation against a high-value target on April 25, 2018, Air Force officials said in a statement.

Kelsch, who joined the Air Force in 2008, was injured by enemy fire while dragging a wounded American teammate to safety during the fighting. Despite his wounds, he continued to guide strikes to take out all remaining threats to the assault force, officials said.

“With no regard for his own personal safety, Kelsch exposed himself to danger in order to control airstrikes from an AC-130 gunship within 35 meters of his team’s position,” the statement said. “He also coordinated an attack with precision guided 500lb bombs from two F-16’s and 105mm munitions from an AC-130.”

Details of the mission — such as its location, its duration and its targets — were not disclosed. U.S. special operations troops often accompany Afghan forces into battle as part of the U.S. counterterrorism mission known as Operation Freedom’s Sentinel.

Master Sgt. Phillip Paquette of the 75th Ranger Regiment’s 1st Battalion also received a Silver Star Medal for the April 25 operation in a ceremony last month at Hunter Army Airfield. Paquette exposed himself to enemy fire several times to retrieve a casualty and helped suppress the enemy, enabling the unit to maneuver to a helicopter landing zone for exfiltration, the Army said in a statement at the time.

A total of 14 Rangers from the battalion received valor awards at that ceremony and three were presented Purple Hearts. Army Maj. Gen. Mark Schwartz, deputy commander of Joint Special Operations Command, who presented the awards, said the battalion carried out 198 combat operations and killed or captured 1,900 terrorists during the deployment.

The Air Force did not provide further details on the mission for which Kelsch will receive the Bronze Star, but Military.com reported that the special tactics airman “willingly stepped between the enemy and his ground force commander, who was injured during an ambush,” citing the award citation, which also said Kelsch “eliminated the threat.”