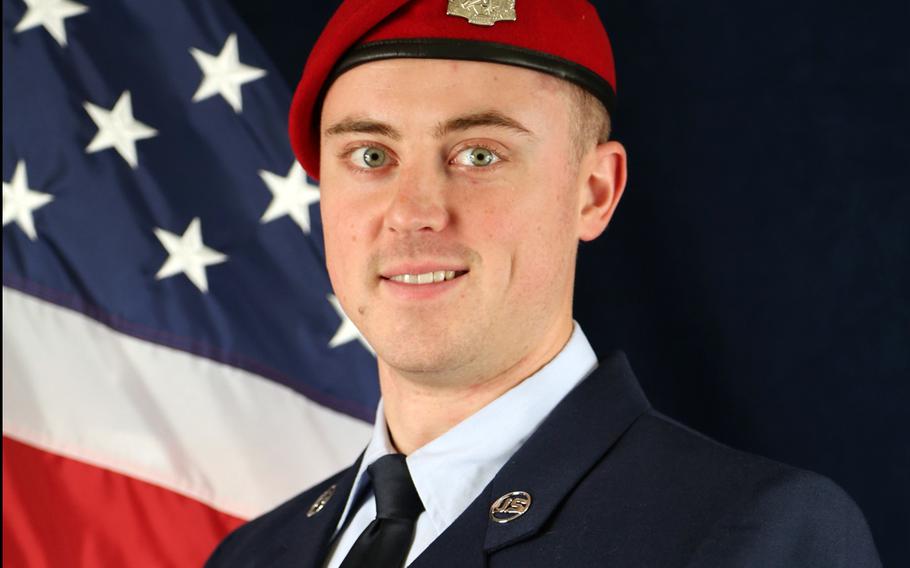 A 24-year-old Air Force special tactics combat controller from Washington state was found dead Thursday after he went missing during a training swim at a Navy base in Panama City, Fla., service officials said.

Airman 1st Class Keigan Baker, a native of Longview, Wash., was participating in a combat dive course conducted by Air Education and Training Command’s Special Warfare Training Wing at Naval Support Activity Panama City, according to a news release. He was assigned to the Special Tactics Training Squadron of the 24th Special Operations Wing at Hurlburt Field, Fla. The incident remains under investigation.

Baker went missing at about 11:05 a.m. and he was found about five hours later, according to a news release issued by Hurlburt Field.

“This is a devastating loss to the entire special tactics community,” Air Force Col. Matthew Allen, commander of the 24th Special Operations Wing, said in a statement. “We are very grateful for Keigan’s willingness to serve our nation and vow to honor his memory.”

Baker enlisted in the Air Force in June 2018 and he was recognized as an honor graduate at basic military training. He immediately entered the two-year combat control training program to begin training to deploy into combat zones to conduct reconnaissance, global access, precision strikes and personnel recovery operations.

Shortly after being assigned to the Special Tactics Training Squadron, he left to attend a pre-dive course at Joint Base San Antonio-Lackland Air Force Base in Texas before traveling to Panama City for the combat dive training.

The agencies that contributed to the search and recovery efforts for Baker include the Naval Diving and Salvage Training Center, Coast Guard Station Panama City, Bay County Sheriff’s Office, the Florida Fish and Wildlife Conservation Commission and other service dive units, according to the news release.

“Keigan’s loss is felt across the entire training wing, where the safety of our trainees is our top priority,” Air Force Col. Parks Hughes, commander of the Special Warfare Training Wing, said in a statement. “We are grateful to all the agencies that assisted with the search and recovery effort. Our thoughts and prayers are with Keigan’s family, friends and teammates.”

Before joining the Air Force, Baker graduated from Mark Morris High School in Longview and received a Bachelor of Arts in business administration from Eastern Washington University in Cheney, according to the release.

A Go Fund Me page created in Baker’s honor has raised more than $15,000. His family is working to create a nonprofit in his memory that is focused on mentorship of young people considering a career in Air Force special operations.

The Panama City base employs more than 4,000 civilian and military personnel and houses units working in research and development, testing and evaluation and Navy diving.