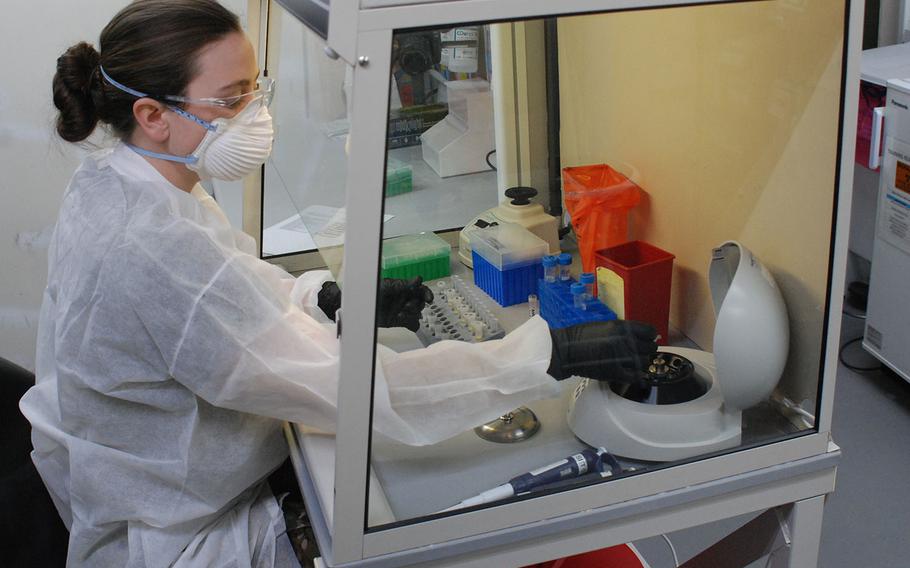 WASHINGTON — Two individuals who worked in the Pentagon this month tested positive for the coronavirus, an Air Force official said Friday, marking the first reports of the fast-spreading virus inside the U.S. military’s headquarters.

An active-duty member of the Air Force and a defense contractor recently tested positive for the coronavirus, said Air Force Maj. Malinda Singleton, a spokeswoman for the service. Military and public health officials were notified of the cases, she said.

Neither individual was identified by name, and it was not immediately clear Friday when the cases were confirmed as positive for the illness.

The airman works for the Defense Health Agency headquartered in Falls Church, Va., about nine miles west of the Pentagon in Arlington. Singleton said the airman was last in the Pentagon on March 16, spending less than an hour in the building at that time.

The airman has since received medical treatment and self-quarantined. Individuals with whom the airman had contact have been notified they might have been exposed to the coronavirus, Singleton said.

The defense contractor, who also works for the Air Force, works full-time in the Pentagon, but has not been in the building since March 2. Singleton said the individual has been in self-quarantine since March 7 and has received medical treatment.

“The Virginia Department of Health has provided a ‘low risk rating’ based on the individual being asymptomatic at the symposium,” Singleton said in a statement.

Joint Base Andrews officials said Friday that five individuals who received care at that base in recent weeks have tested positive for the virus — they include three dependents, a military retiree and a member of the Air National Guard.

In Virginia, the Pentagon’s home city of Arlington is among the state’s hardest hit communities by the coronavirus. As of Friday, Virginia health officials said 17 of the state’s 114 confirmed cases of the virus were in Arlington.

The Pentagon said Friday at least 128 members of the Defense Department community worldwide had tested positive for the disease. That includes 70 service members, 15 defense civilians, 26 military dependents, and 17 contractors. That marked 45 new cases reported in the defense community since Thursday.

Pentagon officials have said repeatedly that they expect the number of cases to continue to rise in the coming days and weeks.

At least 16,638 people in the United States had tested positive for the coronavirus as of Friday, according to Johns Hopkins University.

The Pentagon implemented new policies in recent weeks meant to encourage individuals to maintain at least six feet of distance from each other at nearly all times and displayed posters throughout the building describing proper hand-washing techniques.

Additionally, top leaders have encouraged supervisors to allow all employees who can work from home to telework and conduct meetings digitally. Those efforts have all been championed by federal and state health officials in an effort to slow the pandemic, which has nearly shut down the United States.

The Air Force’s top general, Gen. David Goldfein, said this week that he and other top service officials were taking turns working from home for the foreseeable future “to set the example.”

Defense Secretary Mark Esper said he is hosting the vast majority of his meetings via video conferencing, and he ordered screenings, including temperature checks, of any individuals entering his office and the offices of the Pentagon’s other top uniformed and civilian leaders.

“We continue to ask our personnel to take actions to protect themselves and those around them by employing protective measures including practicing good hand washing, social distancing, and taking appropriate actions if feeling sick,” Singleton said. “These can dramatically decrease the risk of infection and slow [the coronavirus’] spread.”