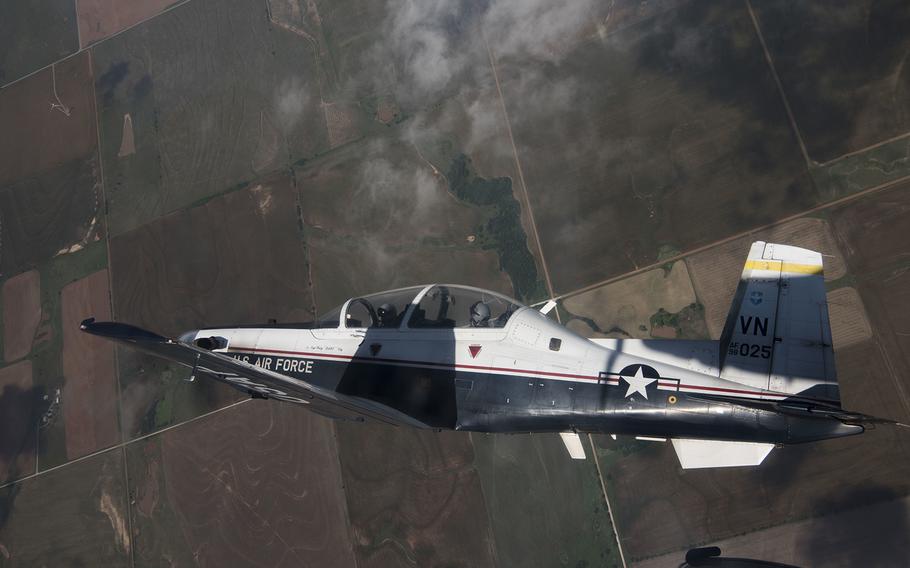 A T-6 Texan II flies over Oklahoma, May 24, 2018. Military officials at an Air Force base in Texas said Wednesday, May 1, 2019, that one such airplane crashed in southern Oklahoma. (Zachary Heal/U.S. Air Force)

WASHINGTON — Military officials at an Air Force base in Texas said Wednesday that one of their pilot training aircraft crashed in southern Oklahoma.

Initial indications show the pilot and co-pilot safely ejected before the T-6 Texan II plane from Sheppard Air Force Base went down near Lake Waurika just across the state line in Oklahoma, according to a statement from the base. Emergency crews were responding to the crash that occurred just after 2 p.m. local time, base officials said.

The Air Force was launching an investigation, the officials said, declining to release further details about the incident.

The crash Wednesday was the second for a Sheppard aircraft in recent months. A T-38 crashed in September, but both pilots – a German and an American – escaped serious injury after ejecting.