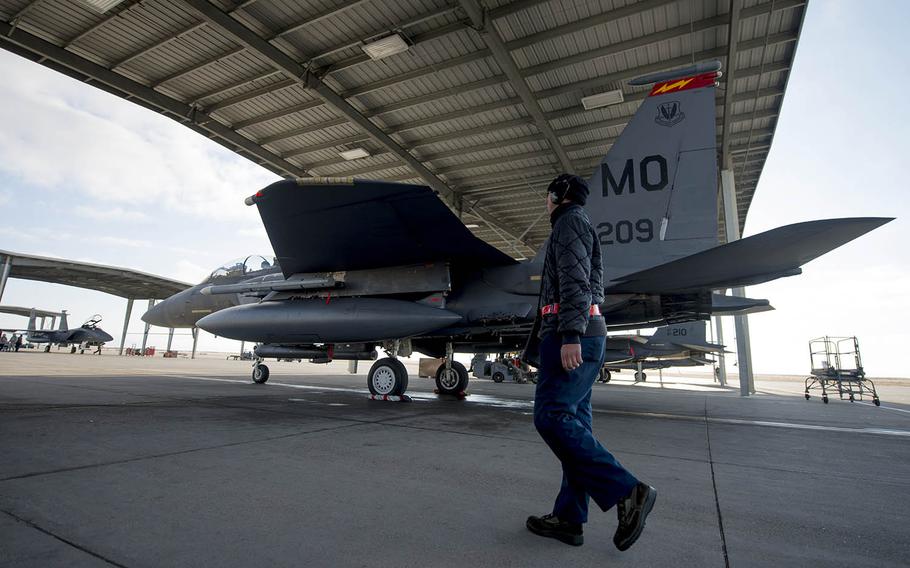 The Air Force is cutting a layer of bureaucracy in an experimental effort aimed at making its fighting forces more lethal.

Squadron commanders are reporting directly to the wing commander, who has two deputies and a surgeon helping guide and evaluate operations and support squadron-level decisions.

Groups, usually led by colonels who liaise between wing leadership and squadron commanders, are eliminated under the new structure, which places aircraft maintainers with aircraft squadrons, the statement said.

“This experiment is about our desire to improve lethality and create an environment where leaders are empowered to lead, and squadron personnel can focus on their core missions,” Gen. Mike Holmes, who leads Air Combat Command, said in the statement.

“This concept should flatten the decision-making structure within wings to encourage faster, decentralized decision-making and to remove some duties from our front-line units,” he said.

The two-year test will compare the 366th to similar units organized under the old structure. The ranks and positions of personnel are changing, but the number of airmen assigned to Mountain Home stays the same, the statement said.

“This experiment is aimed at revitalizing our squadrons by allowing them to focus on the mission while pushing administrative duties to a wing staff,” 366th commander Col. Joseph Kunkel said in the statement. “This puts decision-making authority and accountability for the mission at the squadron level. That’s where we need it to be to build the squadrons and leaders we need for tomorrow’s challenges.”

Tech. Sgt. Cameron Bagley, a member of the 374th Aircraft Maintenance Squadron at Yokota Air Base, Japan, said only time will tell if the experiment works.

“Junior airmen will turn a wrench either way,” he said.

Stars and Stripes correspondent Leon Cook contributed to this report.