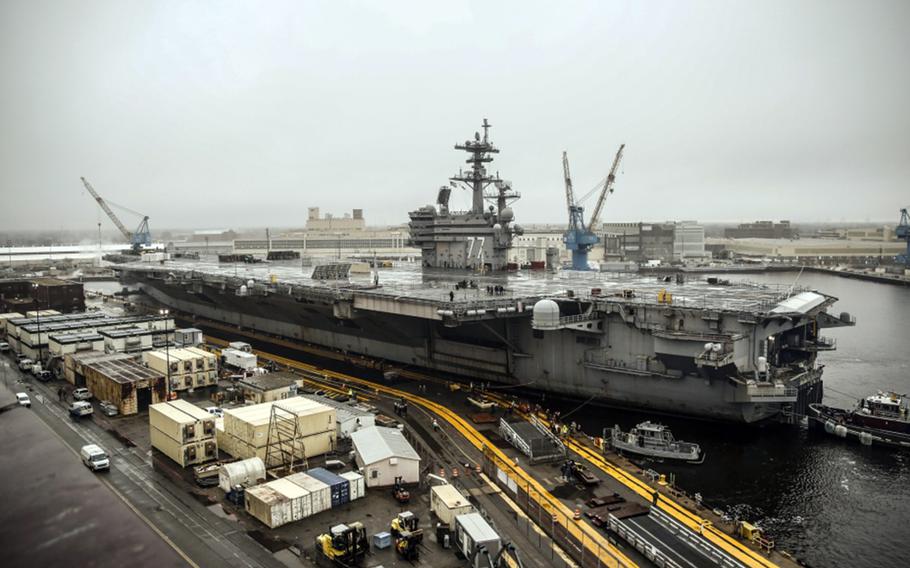 The deaths follow a rising number of suicides in the Navy since 2015. Bailey said the deaths “mark the third, fourth and fifth crew-member suicides in the last two years” on the Norfolk, Va.-based ship alone.

The three deaths occurred separately and were unrelated to each other, he said. They bring to at least 49 the number of active-duty sailors who have killed themselves this year.

In the post, Bailey said his “heart is broken” and called for ideas on suicide prevention, adding that “there is never any stigma or repercussion from seeking help.”

“Now is the time to come together as a crew and as a family to grieve, to support each other and to care for those in need,” he said.

Despite the increase in suicides, the Navy personnel command advises to avoid “presenting suicide as an ‘epidemic’” so not to “normalize suicide to those at-risk,” in line with U.S. Surgeon General National Strategy for Suicide Prevention, according to its website.

In the Facebook post, Bailey asked that shipmates “watch closely for stressors that anyone is experiencing when they face a significant life change such as relationship problems,” as well as “personal or professional loss, recent career transitions, financial difficulties” or “disciplinary/legal issues.”

“Chaplains, psychologists, counselors, and leadership are engaged and available on board at all times to provide support and counseling to those grieving,” Bailey said in the post.