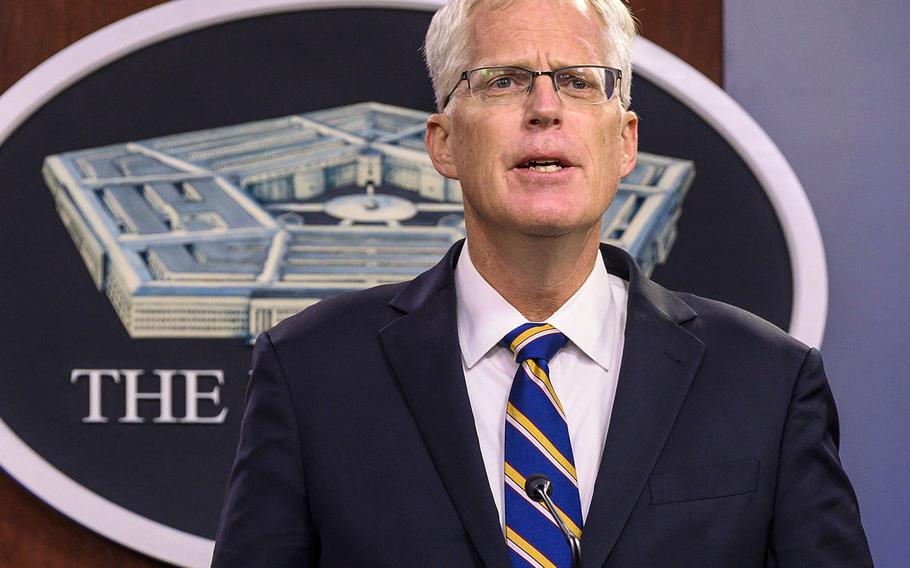 The change makes the assistant secretary of defense for special operations and low intensity conflict a service secretary-like position responsible for the oversight and advocacy of the military’s special operations forces, said Miller, who is expected to serve in the Defense Department’s top job only about two months.

Miller announced the move during a visit to the Army’s special operations home at Fort Bragg, N.C., his first official visit as defense secretary since he took the job Nov. 9 as former Defense Secretary Mark Esper was fired by President Donald Trump via Twitter.

“This reform will immediately improve agility to the department and the command and will enable us to streamline the information flow, enhance decision-making and more adaptively and adeptly support our commanders and their superb soldiers, sailors, airmen and Marines,” Miller said in brief, prepared comments.

Ezra Cohen-Watnick, a former aide to Trump’s first national security adviser Michael Flynn, is now filling the assistant secretary of defense for special operations and low intensity conflict role on an acting basis. Miller briefly served in that position on a temporary basis earlier this year, as well.

Congress urged the Pentagon to speed up the elevation of the position in its fiscal year 2020 NDAA, the annual law that sets Pentagon policy and spending priorities. Esper told Congress last year that the Defense Department was making progress on the ordered changes.

Miller is a longtime veteran of the special operations community who retired from the Army in 2014 as a colonel. Miller, who was a Green Beret, spent much of his career in the Army’s 5th Special Forces Group, commanding a company and a battalion. He fought in Afghanistan and Iraq as a Green Beret, participating in the initial invasions of both of those countries in 2001 and 2003, respectively.

The policy change comes one day after Miller announce the first major shift for the military under his watch — the hastened withdrawal of troops from Afghanistan and Iraq.

The acting defense secretary said Wednesday that drawing down operations in those nations will allow special operations forces to refocus on their roles in a potential fight with a major power such as China or Russia.

“Right now we start the transition to provide greater civilian oversight of, and critically, advocacy for our special operators,” Miller said. “This couldn't come at a more critical moment in time, as we bring our nation's longest conflicts to a responsible end and prepare special operations forces for this new era of great-power competition.”