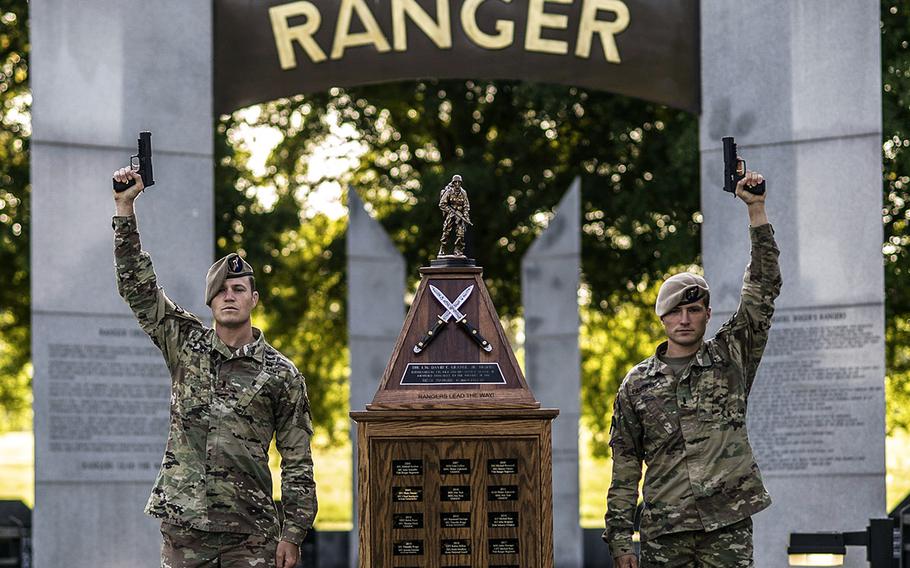 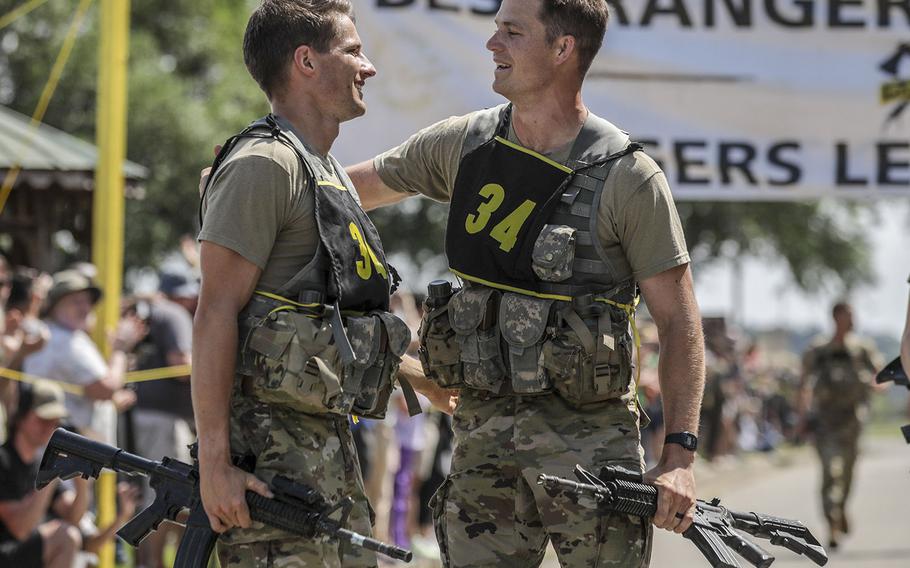 Paikowski and Keys, both former collegiate athletes from Wisconsin who commissioned into the Army in 2017, credited months of training and personal perseverance with overcoming a single bad event to earn the victory Sunday at Fort Benning, Ga. They entered the competition aiming to ensure the Best Ranger title returned to their unit, the elite 75th Ranger Regiment, for the first time since 2017.

“There’s a lot of pride in being able to bring back the title Best Ranger to this organization,” Paikowski said Monday, after the pair was officially named the winners. “It’s a good feeling to accomplish something you set out to do, and especially to represent this organization where we work with the best [noncommissioned officers] and the best officers in the Army within the 75th Ranger Regiment.”

Known in military circles as perhaps the most grueling challenge across the entire U.S. armed forces, the Best Ranger competition challenges two-man teams of Ranger School graduates in a series of obstacle courses, runs, marches carrying heavy loads of gear, and military skills challenges that span some 75 miles of Fort Benning terrain. Competitors complete the three-day challenge with at most three hours of sleep with few breaks for food.

Winning teams typically enter the event with a strategy to find a pace that balances the physical exertion needed during the three-day course, said Maj. Gen. David Hodne, the Army’s infantry chief, who oversees the event. But, most of all, the winning teams enter the contest having trained for every possible wrinkle that planners could throw at them.

“No one event will win this thing for you,” Hodne said. “It’s the preparation. There’s no magic on game day. It’s that hard work and effort put in before you get to this day.”

Paikowski and Keys began training for the event in November, before they were certain it would be held. The Best Ranger competition was canceled in 2020 due to the coronavirus pandemic and the Army did not approve the 2021 contest until January.

Ultimately, the months of training and their experiences competing separately in the 2019 Best Ranger contest paid off, they said.

“It's being durable for those later days in the competition and then staying mentally focused throughout your entire training period,” Keys said. “It’s making sure you’re making the most out of every rep, and you’re not just deciding, ‘Hey, I don’t feel like doing that extra rep today.’ Just keeping continuously mentally sharp on all those things for weeks of training.”

Keys, 27, commissioned into the Army via ROTC from the University of Wisconsin-La Crosse, where he was a wrestler. He is assigned to the 3rd Battalion, 75th Ranger Regiment at Fort Benning.

Paikowski, 25, commissioned into the Army through ROTC at the University of Wisconsin-Milwaukee, where he ran cross country and track. He is assigned to 75th Ranger Regiment’s Military Intelligence Battalion, also at Fort Benning.

In 2019, Paikowski was unable to finish the Best Ranger competition after his partner was injured. Keys and his partner that year finished in second place after leading for much of the contest.

While the duo have a lot in common, they credited their differences with propelling them to victory.

Paikowski said his running background helped them prepare for the contest, but Keys “has absolutely no mental wall” from his years of wrestling.

“That allowed us to push through a lot of training and physical load, and I think those two things combined really set us up for success,” Paikowski said. “I think a lot of my weaknesses are Al’s strengths and a lot of his weaknesses are my strengths.”

The Ranger officers said they felt confident early in the contest that they could win. A struggle through the night stakes event in the early Saturday morning hours, in which competitors have to assemble a radio, and fire weapons from vehicles and the ground in darkness, served as “a wake-up call” for the team, Paikowski said.