3D mammogram coverage will be available soon for Tricare users 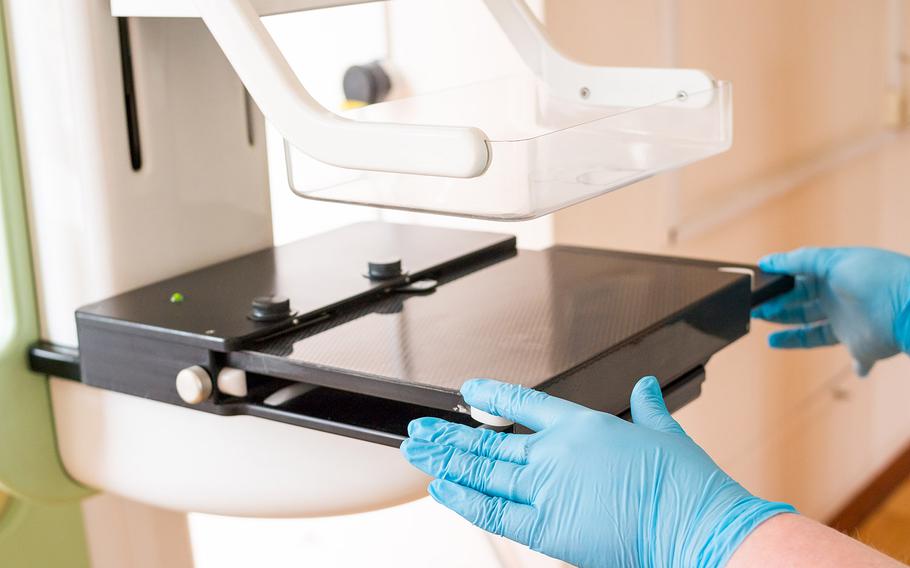 WASHINGTON – The Defense Department will add 3D breast cancer screenings to its Tricare coverage after female veterans in Congress pushed the Pentagon to make it available to active-duty service members, retirees and their families.

The permanent change will take effect May 29, according to a Pentagon policy memorandum issued last month. Tricare users over age 30 will be eligible for digital breast tomosynthesis, a 3D mammogram said to better detect breast cancer.

“This is a major victory for our female service members and veterans covered under Tricare,” Sen. Martha McSally, R-Ariz., said Tuesday in a statement. “Women in our Armed Forces now have access to the best preventative breast cancer screenings. I’m glad the Defense Department heard our repeated calls for change and implemented this commonsense policy.”

The Pentagon first made 3D mammogram available under Tricare starting Jan. 1, 2020, but only on a temporary basis. Tricare offered DBT in some instances for diagnosing patients but not for routine screenings.

Thomas McCaffery, assistant secretary of defense for health affairs, said in December he could not approve the addition of DBT for screenings permanently because the United States Preventative Services Task Force doesn’t recommend the technology. It wasn’t immediately clear Tuesday what caused the Pentagon to make the change permanent starting May 29.

Digital breast tomosynthesis builds a three-dimensional image of a breast to better detect and diagnose cancer, especially for women with dense tissue. The technology is available to women who use Medicare or the Department of Veterans Affairs for their health care. Tricare, though, covered only mammograms with two-dimensional images, which McSally and other lawmakers contended was a suboptimal standard of care.

Breast cancer is the most common type of cancer for women, with one in eight women developing it in their lifetimes, according to the American Cancer Society. DBT has been found to help radiologists detect breast cancer and to reduce the need for biopsies.