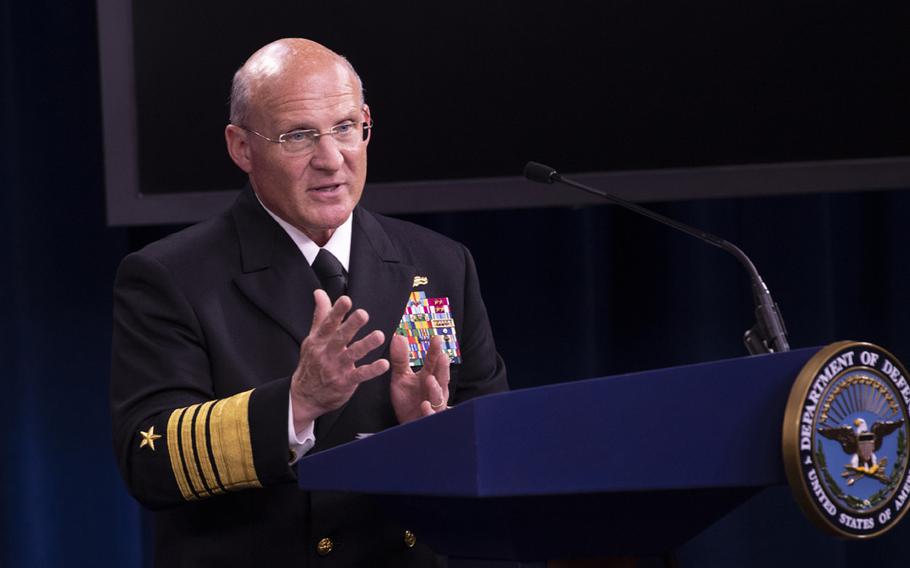 The fiscal year 2021 budget can support a fleet of no more than “300 to 305,” though Congress in the 2018 National Defense Authorization Act required the Navy to achieve a 355-ship fleet “as soon as practicable,” Adm. Mike Gilday, chief of naval operations, said during a budget hearing with the House Appropriations Committee subpanel on defense.

It’s not just the cost of ship construction and maintenance holding the Navy back from its 355-ship goal — it’s also the price of manning and equipping the vessels, he said.

“That's not just the hulls — it's the people, it's to fill the magazines with munitions, to train the people, it's all of those things that give you a whole fleet that can fight,” Gilday said.

While Gilday could not specify what the Navy will request for the new fiscal year before the White House releases its proposed defense budget, he said a January shipbuilding plan released by former President Donald Trump’s administration found a 4.1% budget increase would be needed to reach 355 ships within a decade.

“The last time we were in a situation ... of trying to recapitalize the strategic deterrent and grow the conventional force was 1981-1985,” Gilday testified. “During that time, the DOD budget grew at an annual rate of about 7%. Right now, our buying power has been flat since 2010."

The 355-ship goal initially resulted from a force structure assessment in 2016 analyzing current and future needs of the Navy. That number only includes manned ships, though the service aims to acquire a large amount of unmanned vessels “to perform missions that might otherwise be assigned to manned ships,” according to a Congressional Research Service report issued April 22.

Gilday said growing the fleet is necessary to address threats from strategic competitors such as China, which has the world’s largest navy with at least 350 ships, according to a Defense Department report issued in September on China’s military power.

“I see a future where it’s going to be more difficult for us to maintain that kind of forward presence we know we need … to compete and be in a position to deter both China and Russia,” Gilday told lawmakers.