25th ID soldier killed, another injured in Humvee rollover during training in Alaska 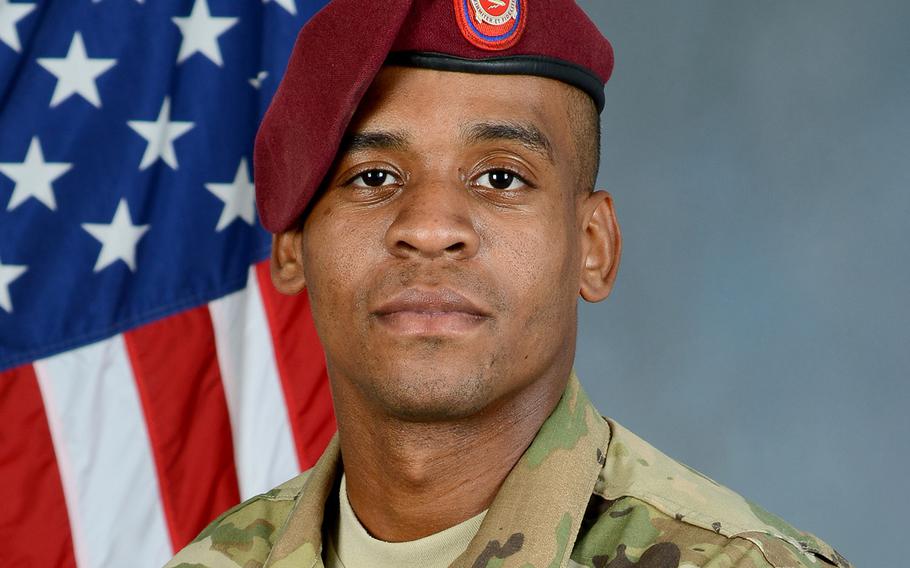 WASHINGTON – A 25th Infantry Division soldier who had served in Afghanistan was killed in a Humvee rollover during training at the Army’s Yukon Training Area, the service announced Monday.

Army Spc. Marquise Gabriel Elliott, 25, was initially treated for injuries at the scene after the up-armored Humvee rolled over Friday. He was pronounced dead after he was airlifted to a hospital in nearby Fairbanks, according to a U.S. Army Alaska statement. One other soldier suffered minor injuries to his legs in the crash but was returned to duty shortly afterward.

The Army was investigating the cause of the rollover as of Monday. Officials did not provide additional information about the incident.

Elliott was from Charlotte in North Carolina, according to the Army. He enlisted in October 2015 and had been assigned to the 25th ID since April 2016. He deployed to Afghanistan with his brigade in September 2017, serving eight months there in support of Operation Resolute Support.

He was awarded the Army Commendation Medal with combat “C” device for actions during combat on that deployment, according to the Army.

“His reserved and thoughtful demeanor, disciplined work ethic, and commitment to his fellow paratroopers endeared him to all fortunate enough to share time with him,” Lt. Col. Tobias Bennett said in a statement.

Elliott was at least the third soldier to die in a vehicle rollover during training in recent weeks.

A Nevada National Guard soldier, Staff Sgt. David W. Gallagher, was killed when a tank rolled over during training at the Army’s National Training Center at Fort Irwin in California on June 4. Two days later, West Point Cadet Christopher J. Morgan, who was expected to graduate next year, died when the 5-ton truck carrying him during an exercise at the U.S. Military Academy’s training grounds in New York rolled over.

Those incidents remain under investigation, according to the Army.