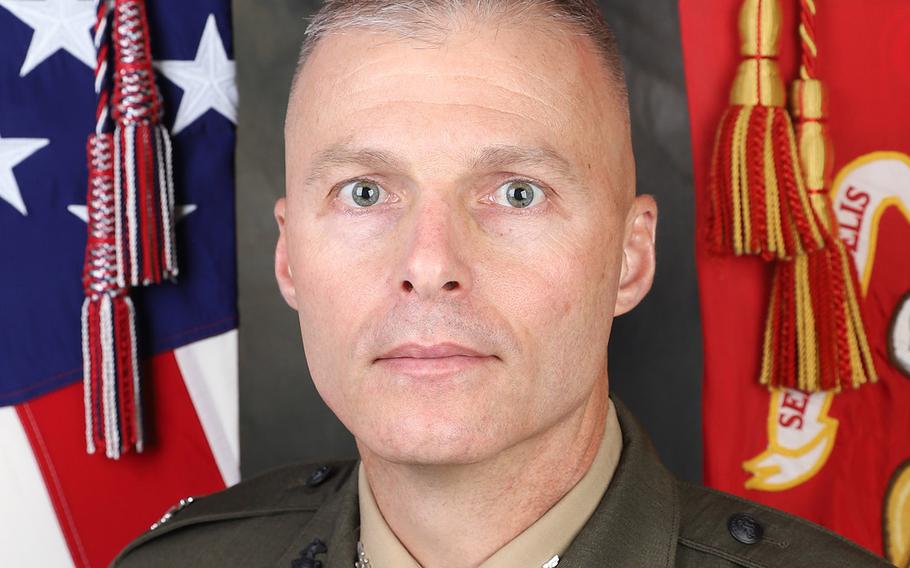 Col. Christopher J. Bronzi, the commander of the 15th Marine Expeditionary Unit, was fired Tuesday following an investigation into an assault amphibious vehicle accident that happened during the summer and killed nine people. (U.S. Marine Corps)

WASHINGTON — The commander of the 15th Marine Expeditionary Unit has been fired following an investigation into an assault amphibious vehicle accident in July that killed nine people, the Marine Corps announced Tuesday.

Col. Christopher J. Bronzi was relieved Tuesday of his command by Lt. Gen. Steven Rudder, the commander of U.S. Marine Forces Pacific, “due to a loss of trust and confidence in his ability to command,” according to a Marine Corps statement.

Bronzi took command of the unit in November 2019.

His firing comes after the completion of a command investigation into the cause of the assault amphibious vehicle accident that occurred July 30 off the coast of San Clemente Island in California. Assault amphibious vehicles, which are used for landing on beaches, weigh about 26 tons and can carry up to 21 people. Fifteen Marines and a sailor were being transported in one of the vehicles back to their ship after training with the Makin Island Amphibious Ready Group when they noticed the vehicle was taking on water, Lt. Gen. Joseph Osterman, the commander of I Marine Expeditionary Force, said at the time.

The vehicle was found four days later after it had sunk 385 feet almost a mile from shore, according to the Marine Corps. Eight Marines and a Navy Corpsman from Bravo Company, Battalion Landing Team 1/4 were killed in the accident. They were:

Following Bronzi’s firing, Rudder appointed Col. Fridrik Fridriksson in command of the Camp Pendleton-based 15th MEU, which is deployed to the U.S. Central Command area, according to the statement. Bronzi is now assigned to I Marine Expeditionary Force, the command above 15th MEU, said Capt. Andrew Wood, a Marine Corps spokesman.

The families of those killed in the accident are being notified this week about the results of the command’s investigation, Wood said. Once the families have been given the report’s findings, it will be made available to the public.