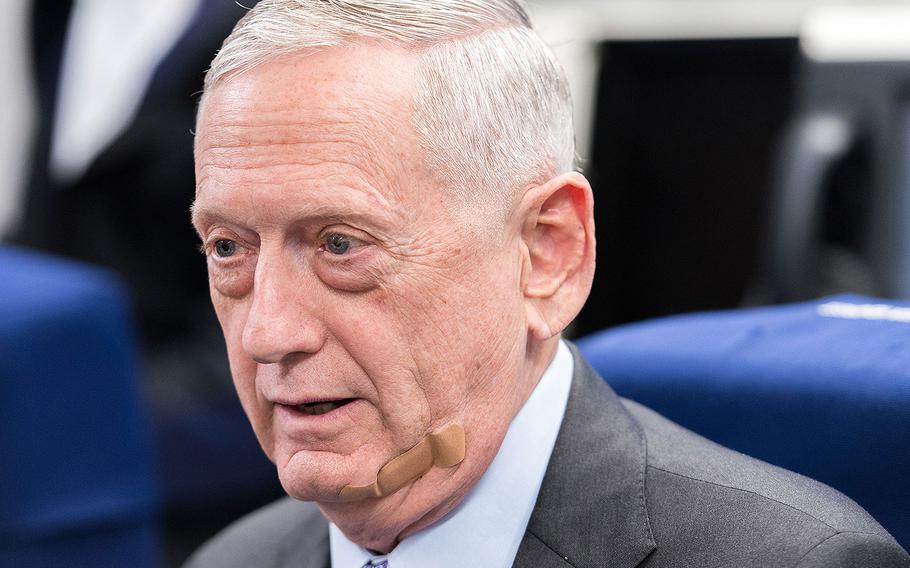 RIYADH, Saudi Arabia — The United States is looking to increase support for the Saudi-led coalition battling Houthi rebels in Yemen with intelligence-sharing and logistical support but it will not send American troops to combat the Iranian-backed fighters, U.S. officials said Wednesday.

Defense Secretary Jim Mattis during a visit to Saudi Arabia accused Iran of playing a destabilizing role throughout the Middle East, especially in Yemen where it has supplied the Houthis with weaponry including missiles that the rebels have fired into southern Saudi Arabia.

“Everywhere you look where there’s trouble in the region you find Iran,” Mattis told reporters in Riyadh after meeting with top Saudi leaders. “We will make progress on this. We will have to overcome Iran’s efforts to destabilize yet another country … but the bottom line is we are on the right path for it.”

The United States aims to end the stalemated civil war between the Saudi-backed Yemeni government and the Houthis that has raged for more than two years through a U.N.-brokered peace agreement, Mattis said. The war has killed more than 10,000 people in the Middle East’s poorest nation and displaced some three million more.

“Our goal is to push this conflict into the UN-brokered negotiations to ensure that it ends as soon as possible,” the defense secretary told reporters after his meetings. “It’s got to be ended.”

But a peace deal is only possible by increasing the military pressure on the Houthis, said U.S. officials who discussed internal deliberations on the condition of anonymity.

The rebel group has shown no interest in a brokered peace since talks between the two sides failed last summer.

Mattis described his meetings Wednesday with King Salman and Deputy Crown Prince Mohammed bin Salman, the defense minister, as “highly productive,” but he declined to provide specifics of the conversations.

The talks resulted in “conclusions about our cooperation for the future,” Mattis said. “Now that we have the blessing of our leadership, it’s important we actually do something with it … as we re-enforce Saudi Arabia’s resistance to Iran’s mischief.”

The Pentagon has been providing some intelligence, reconnaissance and surveillance operations and logistical support, primarily aerial refueling operations, to Saudi and Emirati troops in Yemen. The United States will increase that support, U.S. officials said.

The United States has also provided small teams of special operations advisers to aid Emirati ground troops in Yemen, but it is not considering sending any combat troops into the fight, the officials said.

Saudi Arabia is the first stop on Mattis’ weeklong trip to meet with top leaders of allied countries across the Middle East and North Africa. Mattis will meet Thursday with senior Egyptian leaders, including President Abdel-Fattah el-Sissi, in Cairo.