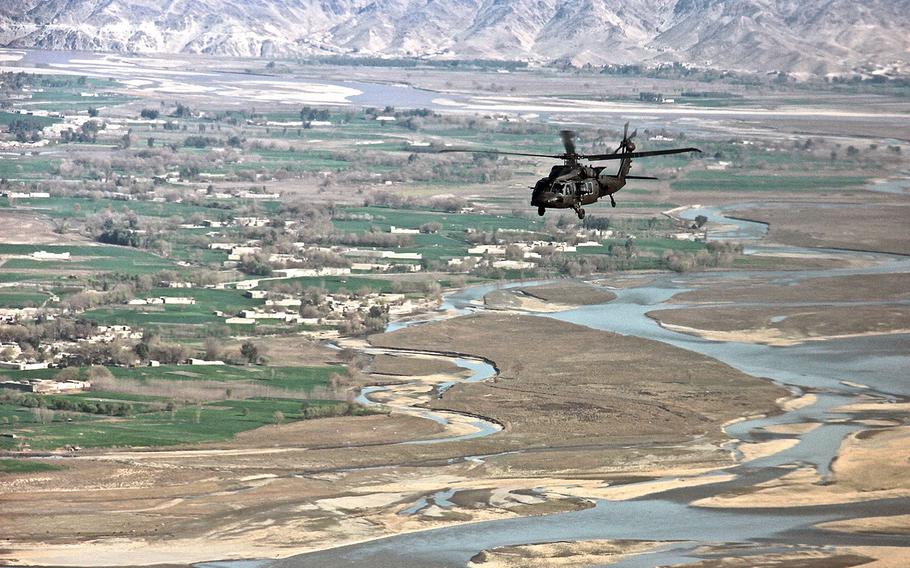 KABUL, Afghanistan — A U.S. special operator who died Tuesday from wounds sustained during an operation in eastern Afghanistan marked the first time a U.S. servicemember has been killed in combat operations against the Islamic State group in the country, where the militant group is trying to gain a foothold, the U.S. military said.

The identity of the slain special operator, who was hit by a roadside bomb blast, is being withheld pending notification of next of kin, a statement from U.S. Forces-Afghanistan said. An investigation is being conducted, according to the statement.

“This is the first U.S. servicemember killed in Afghanistan fighting Daesh,” said Brig. Gen. Charles Cleveland, a spokesman for the U.S. mission in Afghanistan, using an alternative name for the Islamic State group.

It marks the third U.S. combat death this year, and the others were also U.S. special operators.The incident, part of a larger operation against the Islamic State group, occurred in Nangarhar province, where U.S. and Afghan forces have been battling militants in recent months. The group, a "franchise" of the one operating in Iraq and Syria, considers Afghanistan part of a region they call Khorasan Province.

"This was a combat situation," Cook told reporters at the Pentagon. He did not offer further details.

"We are heartbroken by this loss and we extend our deepest sympathies to the families and friends of the servicemember," said Gen. John W. Nicholson, commander of U.S. Forces-Afghanistan. "Despite this tragic event, we remain committed to defeating the terrorists of the Islamic State, Khorasan Province and helping our Afghan partners defend their nation."

Islamic State militants have established a stronghold in Achin district of Nangarhar province. The group has around 1,200 to 1,300 members, primarily Pakistani Pashtuns who broke away from the Taliban, many for the promise of higher pay, U.S. officials have said. The local "franchise" has established a foothold in several districts of Nanghar, with enclaves in neighboring Kunar province.

In all, 12 U.S. servicemembers have been killed in action while supporting Operation Freedom's Sentinel, the counterterrorism mission in Afghanistan that began in January 2015, according to Pentagon data. Another 12 have died in noncombat-related incidents.