US forces in Afghanistan hand over a facility to Afghan army, move 1,800 pieces of equipment for destruction 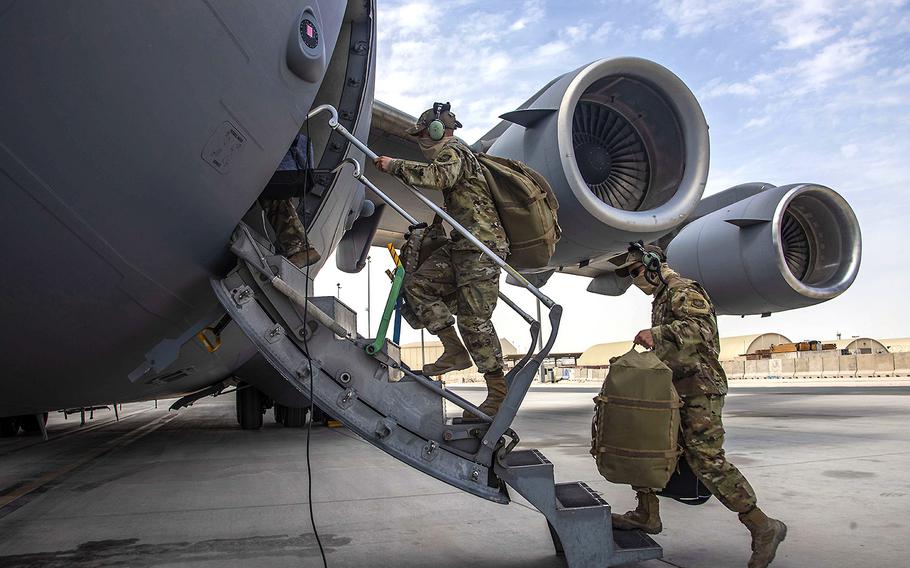 WASHINGTON — U.S. forces in Afghanistan have handed over one facility to the Afghan National Army and transferred more than 1,800 pieces of equipment to be destroyed since the American drawdown from the country began May 1, U.S. Central Command said Tuesday.

CENTCOM’s estimate of completion is an “aggregate percentage of progress across all the different lines of effort that go into retrograde,” including equipment, personnel and facilities, chief Pentagon spokesman John Kirby told reporters at the Pentagon.

The U.S. withdrawal from Afghanistan, which President Joe Biden ordered to be completed by Sept. 11, was about 6-12% complete as of Monday, according to the statement.

“Since the president's decision, the U.S. has retrograded the equivalent of approximately 104 [military transport aircraft] C-17 [Globemaster III] loads of material out of Afghanistan,” CENTCOM said.

Kirby said CENTCOM did not release the number of troops that remain in Afghanistan because it would provide “a level of situational awareness for the Taliban,” which Pentagon officials have warned could attack withdrawing U.S. forces.

“We have an obligation to keep our people safe, particularly in a retrograde that could be opposed,” he said. “We need to be careful about the kind of information that's in the public space.”

Before the drawdown began, there were about 2,500 U.S. troops in Afghanistan. However, the Pentagon deployed several hundred Army Rangers and 12 F-18 attack planes to Afghanistan last week to assist with the drawdown, The Associated Press reported Thursday.

Also helping protect the withdrawing troops are six B-52 bombers based in Qatar and the aircraft carrier USS Dwight D. Eisenhower, which Defense Secretary Lloyd Austin on April 23 directed to stay in the Middle East should extra force be needed.