US airstrike in Syria killed one, injured two 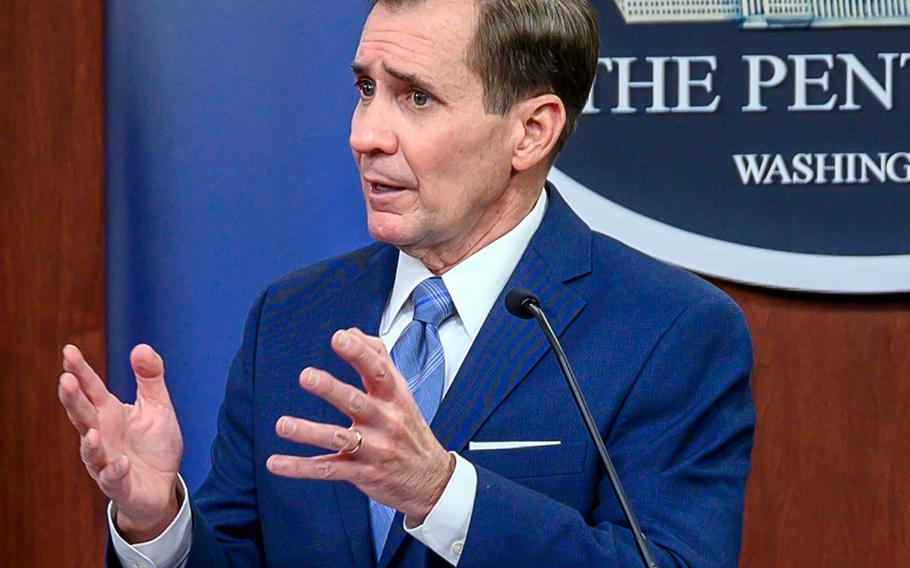 “Right now, there was likely one militia member killed and two militia members wounded. And we'll continue to assess,” John Kirby said during a news briefing at the Pentagon.

Last Thursday, President Joe Biden authorized the airstrike on a border control point in Abu Kamal, Syria, manned by Iranian-back militia groups that include Kait’ib Hezbollah and Kait’ib Sayyid al-Shuhada, which U.S. officials believe were behind recent attacks against American and Iraqi forces. The operation involved two F-15E Strike Eagle fighter jets that dropped seven precision-guided munitions on 11 facilities in the compound, nine of which were totally destroyed and two that were functionally destroyed.

It was unclear Monday whether the preliminary casualty assessment could change. The strike was meant to be proportional and defensive in nature, Kirby stated last week. He emphasized Monday that the purpose of the strike was to stop the compound from being used by the militia groups for future attacks on Americans in Iraq and to send a message that the United States will defend itself and its Iraqi allies.

The strike was in response to several attacks on and near American compounds in Iraq, including the Feb. 15 strike in Irbil that killed a civilian contractor working with the U.S.-led military coalition. Six others were wounded, including a U.S. service member. Other rockets landed in a residential area of the city.

The destroyed compound was being used to house, train, and move people and weapons into Iraq in order to conduct attacks, Kirby said Friday.

Kirby also did not provide any additional details about what was destroyed in the 11 buildings at the compound such as weapons caches.

Last week, the top senators and representatives on the Armed Services Committees voiced their support for the strike. However, some Democratic lawmakers raised their concerns about how the administration justified the strike and its prior notification to Congress.

On Friday, Sen. Jeff Merkley, D-Ore., a member of the Foreign Relations Committee, asked the Biden administration for clarification on whether it was necessary to protect Americans “against an imminent threat” and why lawmakers were not consulted.

The U.S. has a right to defend against imminent attacks but not conduct retaliatory strikes without congressional authorization, said Sen. Chris Murphy, D-Conn., the chairman of the Foreign Relations Committee subpanel on the Near East, South Asia, Central Asia, and counterterrorism.

“Congress should hold this administration to the same standard it did prior administrations, and require clear legal justifications for military action, especially inside theaters like Syria, where Congress has not explicitly authorized any American military action,” he said Friday in the statement.

Biden on Saturday issued a letter to the leadership of the House and Senate informing them about the strike and his authorization to order it as commander in chief and through Article 51 of the United Nations Charter.

Kirby said Friday that congressional leadership had been notified, however he did not provide details on who was contacted and how soon the notification occurred before the strike took place.