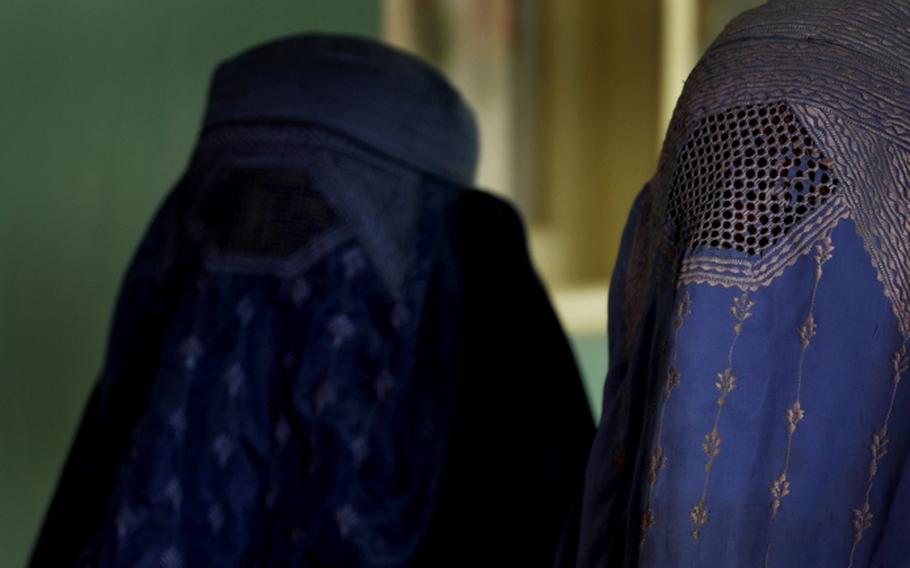 KABUL — The United Nations mission in Afghanistan and the U.N. women’s agency urged the Afghan government on Tuesday to boost efforts to adopt legislation designed to protect women.

The national parliament failed over the weekend to ratify the draft Eliminating Violence Against Women law, causing women’s rights activists in the country to raise alarms at the slow process of securing a bill that would criminalize many acts of violence against women.

In a press release, the U.N. Women representative in Afghanistan, Ingibjorg Gisladottir, condemned the legislature’s decision to delay passage of the bill.

“I call upon the Afghan Government and parliament to fully respect and defend the fundamental rights of women and girls by ensuring that the EVAW law is respected and implemented,” said Gisladottir. “It is imperative for the development of Afghanistan that women are able to exercise their rights to be free from violence in their homes, and workplaces.”

The law was passed by presidential decree in 2009, but before it becomes law, it must be ratified by parliament.

Women’s rights advocates in the country attempted to persuade parliament members to minimize the time spent debating the bill, fearing that conservative members of Parliament may attempt to change the language, saying the draft wasn’t in line with Islamic Sharia law.

Their fears came true. According to the Afghan Analysts Network, it took just 20 minutes of parliamentary debate before the conservative members stood up and condemned the entire EVAW law, calling it “ungodly” and against Sharia law. It was then returned to a joint commission of parliament for further study and review.

A report by the AAN, an independent nonprofit research organization operating in the country, noted that Abdul Khawasi, a deputy from Parwan province, said he was “very surprised” that President Hamid Karzai had issued the decree in the first place, and hinted that the law was an attempt by foreigners to impose Western values on Afghan society.

Five MPs also reportedly stood up and said early marriages and forced marriage should not be considered crimes, as stipulated by the draft law.

The bill, when fully implemented, would criminalize such acts as child marriages, forced marriage, selling and buying of women for the purpose or under the pretext of marriage, the giving away of a woman or girl to settle a dispute, and 17 acts of violence, including rapes and beatings.

According to a U.N. report in 2012, the world body found that although prosecutors and the courts were increasingly applying the law, the number of cases remained low and there was a “long way to go” in fully implementing it and making it effective.

The U.N. statement said that the international community continues to have expectations that the government will help increase respect for women’s rights, which, in turn, could affect the assistance provided to the impoverished nation.

“Progress in implementing the EVAW law contributes to deterring harmful practices and protecting women from violence in their daily lives,” said Jan Kubis, the U.N. Special Representative for Afghanistan and head of the United Nations Assistance Mission in Afghanistan.

Fears in Afghanistan are growing that after the international coalition troops leavethe country, and insecurity continues to grow, women’s rights may take a big leap backward and women may continue to face acts of violence without any retribution.