Two B-52s arrive in Middle East, aircraft carrier to stay in region during US drawdown from Afghanistan 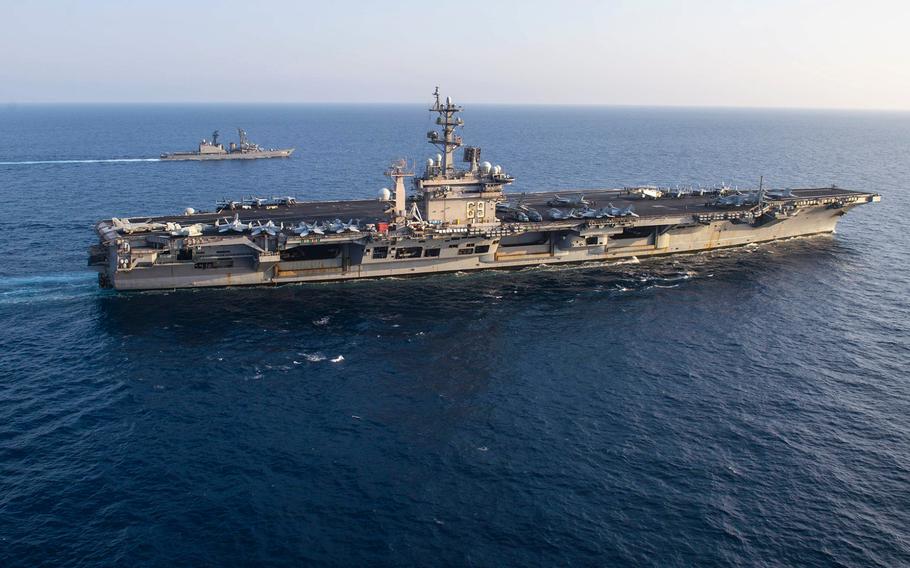 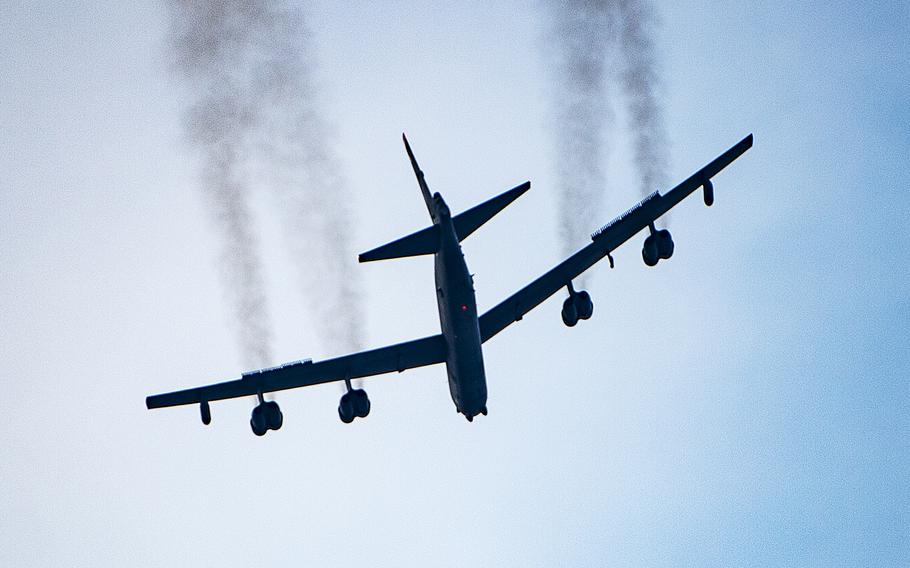 Buy Photo
A B-52 Stratofortress flies over Washington, D.C., on July 4, 2020, as part of the "Salute to America" celebration. According to reports on April 23, 2021, two Stratofortress bombers have arrived in the Middle East as the U.S. and allied troops prepare to pull out of Afghanistan. (Carlos Bongioanni/Stars and Stripes)

The announcement came as Defense Secretary Lloyd Austin also extended the deployment of the aircraft carrier USS Dwight D. Eisenhower in the region to help protect American troops as they prepare to leave Afghanistan starting May 1, Kirby said. The Eisenhower is operating in the Arabian Sea.

The bombers and carrier are meant to “provide options” for Army Gen. Scott Miller, commander of U.S. forces in Afghanistan, to ensure the drawdown is “safe, orderly and deliberate,” Kirby said.

“It would be foolhardy and imprudent not to assume that there could be resistance and opposition to the drawdown by the Taliban,” he said.

Marine Gen. Frank McKenzie, commander of U.S. Central Command, told Pentagon reporters Thursday that he “would advise the Taliban that we will be well prepared to defend ourselves throughout the withdrawal process.”

As the clock ticks down until the drawdown’s start, more assets — including additional troops — could be deployed, Kirby said, adding “force protection” is a priority.

“I think it’s reasonable to assume that there could be temporary additional force protection measures and enablers that we require to make sure again that this drawdown goes smoothly and safely for our men and women,” he said.

The drawdown, set to end by Sept. 11, will mean the only U.S. forces stationed in Afghanistan will be those needed to protect the embassy in Kabul, the nation’s capital, McKenzie said Thursday.