Troops deploying to CENTCOM area of responsibility will be quarantined first 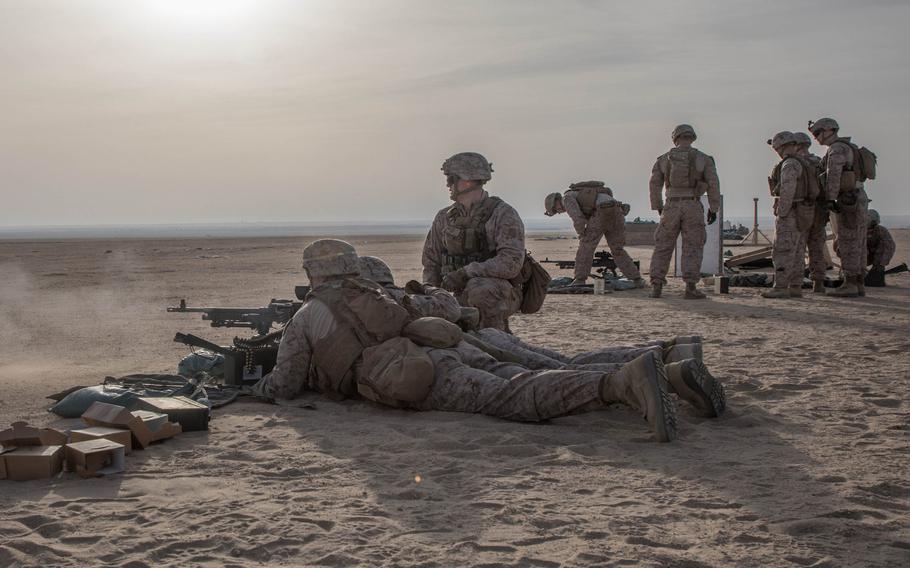 • Stars and Stripes is making this story and other coverage of the coronavirus pandemic available free of charge. See other stories here, and sign up for our daily coronavirus newsletter here. And please consider supporting our journalism with a subscription.

U.S. and coalition troops deploying to the Middle East will be put under a 14-day predeployment quarantine at their home stations to prevent potential strain on medical facilities amid the coronavirus pandemic, U.S. Central Command said Friday.

“This will reduce the need for quarantine in a combat environment and potentially reduce stress on limited medical facilities and resources at their respective bases in the region,” the Tampa, Fla.-based command said in a statement.

CENTCOM will also work with U.S. Transportation Command to make sure that the troops are quarantined while headed to the region, the statement said. The new restrictions will be required for all U.S. and coalition service members.

It will mean that some units and troops will be delayed in rotating home while their replacements are in quarantine, the command said.

“This policy is not intended to otherwise delay or prevent the flow of service members or units out of the U.S. Central Command area of responsibility,” CENTCOM said. “This policy is also not expected to delay the drawdown in forces from Afghanistan as part of the U.S. agreement with the Taliban.”

The NATO Resolute Support mission in Afghanistan began withdrawing from some bases earlier this month as it works to drawdown from about 13,000 troops to 8,600 by mid-July, as part of the deal reached with the Taliban last month, aimed at ending more than 18 years of war.

The CENTCOM announcement comes a day after the Afghanistan mission announced measures to slow the spread of the coronavirus, including holding newly arrived personnel in screening facilities and temporarily blocking the entry of other inbound personnel.

The British military also planned to bring home some of its troops from Iraq, the U.K. Defense Ministry said on Thursday. Troops from other countries participating in the anti-Islamic State coalition in Iraq would also be sent home, after the Iraqi security forces put a halt on training due to the virus outbreak, the U.S.-led coalition in Iraq and Syria said in a statement Friday.