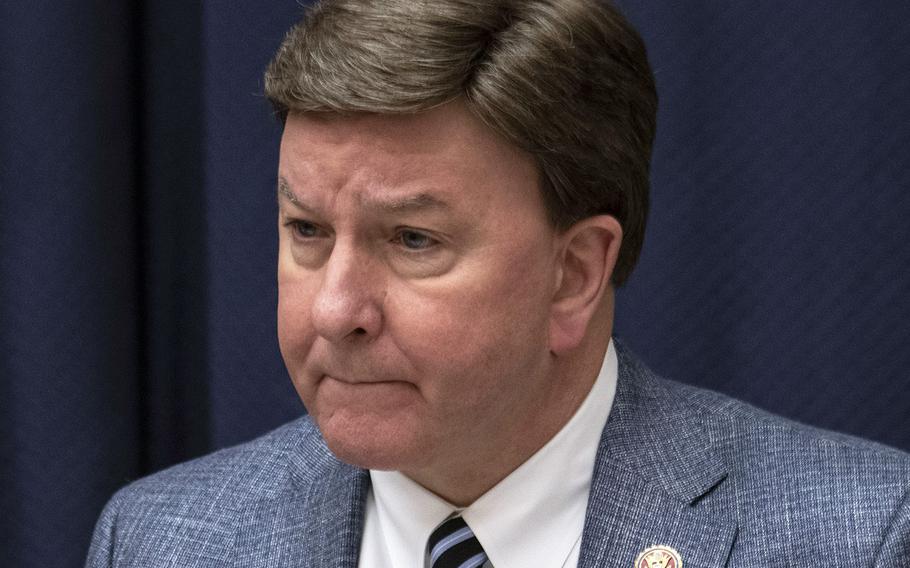 WASHINGTON — Rep. Mike Rogers, the top Republican on the House Armed Services Committee, said Monday that he supports keeping U.S. forces in Afghanistan beyond the May 1 withdrawal deadline to help stabilize the country as the White House weighs whether to keep troops on the ground there.

The roughly 2,500 troops in Afghanistan are “not in the fight. They’re over there in train and assist mode. And I’m fine with them being for an extended period of time if that means we don’t need to worry about terrorists being bred over there and trying to go attack us,” Rogers said at a media briefing with George Washington University’s Defense Writers Group.

Rogers also said the cost of keeping troops in Afghanistan is “nothing” compared to what the U.S. government spent on reconstruction efforts in the first few years.

“It would be different if we had 25,000 troops over there, but we’re [at] 2,500. That’s an expense I’m willing to pay to keep stability in that country,” said Rogers, who is from Alabama.

The comments come as President Joe Biden’s administration faces a May 1 deadline for their removal, which was agreed to in February 2020 as part of a peace deal with the Taliban.

On Sunday, Defense Secretary Lloyd Austin led his first visit to Afghanistan as the Pentagon leader and called for a “responsible end“ to the nearly two-decadelong war and condemned violence in the country that he said remains “pretty high.”

“We’d really like to see that violence come down and I think if it does come down, it can begin to set the conditions for, you know, some really fruitful diplomatic work,” Austin said at a news briefing in Kabul.

Austin has been leading a government-wide review of the U.S. military posture in Afghanistan. He said Sunday that he will leave the specific end date for the withdrawal up to Biden.

Biden has not yet announced a decision on whether the remaining troops in Afghanistan will leave the country. However, the president said in an ABC News interview last week that it will be “tough” for the U.S. to meet the looming deadline to withdraw troops. But Biden also said if the deadline is extended, it wouldn’t be by a “lot longer.”

Rogers said Monday that the House Armed Services Committee received a classified briefing on Afghanistan about a week ago and the administration is still in talks with the Taliban.

“I don’t know where the administration is going to come down on this, and frankly they said they didn't know either… to their credit, they acknowledged the Taliban hadn’t held up their end of the bargain so far,” Rogers said.

However, Rogers said the lack of action so far from the Biden administration makes it clear that they will ultimately decide not to withdraw troops May 1.

Rogers weighed in on the debate about a week after lawmakers on the House Oversight and Reform Committee voiced their thoughts during a hearing about the troop withdrawal from Afghanistan.

Most of them agreed on a long-term goal of pulling all U.S. civilian and military personnel from Afghanistan, but some remained conflicted on whether to keep troops there.

“I really don’t see a viable long-term strategy for the United States in Afghanistan and I strongly support withdrawing troops,” said Rep. James Comer of Kentucky, the ranking Republican on the House Oversight and Reform Committee.

However, Rep. Jackie Speier, D-Calif., said she wants U.S. troops to leave Afghanistan, but without “ears on the ground” to conduct oversight, terrorist groups will be able to grow and the U.S. will be “at grave risk.”