Taliban likely to stay course in both war and peace talks, analysts say 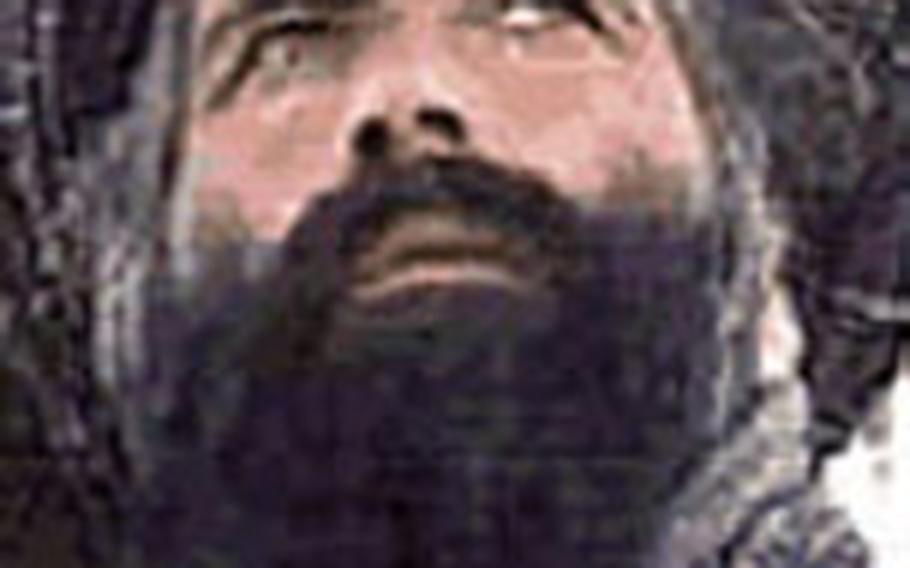 In this undated image released by the FBI, Mullah Omar is seen in a wanted poster. (FBI)

KABUL, Afghanistan — The new Taliban leadership that has emerged since the death of the group’s revered leader is unlikely to change course either on the battlefield or in approaching nascent peace talks, analysts predicted Friday.

As the founder and spiritual leader of the Taliban, Mullah Mohammad Omar, helped keep the movement — essentially a coalition of semi-autonomous regionally based outfits — united and nominally subject to a central command structure. Since the U.S.-led invasion that ousted the Taliban government in 2001, he is believed to have lived in hiding in neighboring Pakistan. Although he exerted little influence on day-to-day operations of the guerrilla group, his rare statements were considered to set policy for the movement. Just a few weeks ago, a statement attributed to him on the Taliban website tacitly endorsed tentative talks aimed at formalizing a peace process.

But if he indeed died in 2013, as the Afghan government asserted Wednesday, then the peace process gradually gained momentum under his deputy and now replacement, Mullah Akhtar Mansoor. Mullah Omar was one who opposed negotiations with what the Taliban consider a U.S.-installed puppet government.

After a series of informal meetings of Taliban representatives and Afghan civil society leaders, representatives of the insurgent group and the Afghan government held their first formal meeting on July 7 in the Pakistani hill resort of Murree. The next round, scheduled for July 31 at the same location, was called off by the Pakistani hosts after the Taliban confirmed Mullah Omar’s death and claimed no knowledge of the pending talks.

No date was set for a new meeting, but Kabul political analyst Mohammad Younas Fakor predicted the process would continue because Mullah Mansoor, the new leader, was known to support the negotiations.

Mullah Omar’s death “had an immediate impact because the second round was pushed back, but in the long term, it won’t affect the talks,” Fakor said.

There will also probably be little immediate change in the conduct of the war, although fighting could eventually ebb as the various Taliban factions reconsider their options, he said. Later on, however, this could lead to a splintering within the organization if some groups refuse to submit to Mullah Mansoor’s leadership. Since the spring — the first fighting season since international forces formally ended their combat role and left the country’s security to Afghan forces — the Taliban have launched offensives against key district centers in the north, east and south.

The U.S., Pakistan and other foreign governments have called on the Taliban to continue the nascent process of reconciliation with the government of President Ashraf Ghani, who has made it a priority to negotiate an end to the 14-year war.

“We would encourage the Taliban to use this time of opportunity to make genuine peace with the Afghan government,” State Department spokesman Mark Toner said Thursday.

Theo Farrel, a professor of war studies at King’s College, London, and an expert on the conflict, said that although there was much uncertainty about the inner workings of the Taliban, it is generally believed that Mullah Mansoor was broadly favorable toward some form of peace process with the government.

“We don’t know why the news (about Mullah Omar’s death) broke this week,” Farrel said. “It appears to have come from President Ashraf Ghani’s office, which would indicate it was intended as a spur for the talks.”

The news that Mullah Omar had died in Pakistan in 2013 was first released on Wednesday by officials of Afghanistan’s spy agency, the National Directorate for Security, and was then confirmed by Ghani’s office. A Taliban spokesman initially denied it, but the group acknowledged on Thursday that their leader and founder had indeed passed away and that Mullah Mansoor had been named to replace him.

“Clearly, some people felt that leaking the information now would help move the talks forward,” Farrel said. “It would also bring the Taliban field commanders on board (and thus) solidify Mullah Mansoor’s base.”

Mansoor, who is believed to be in his late 40s, was a senior minister in the Taliban regime that ran much of Afghanistan from 1996 to 2001. After the U.S.-led invasion, he became a member of the Taliban Shura, the seven-person political body that now runs the organization.

How well he can keep the group united in the face of opposition to the peace talks is still an open question. In the longer run, the peace process could lead to divisions within the organization, Farrel said.

Some oppose the talks, arguing that now that U.S. and NATO combat troops have largely withdrawn from the country, the guerrillas are in a position to challenge the government’s security forces in a way that was not possible in the face of Western firepower.

Shukria Barakzai, a female parliamentarian representing Kabul who took part in one of the exploratory meetings with Taliban representatives in Oslo, said Mullah Mansoor would never have the same “God-like” status or authority within the insurgency as Mullah Omar had.

“It seems to me the Taliban could end up divided into different groups — some who support the peace process and some who want to continue to fight,” she said.

This could have potentially “catastrophic” consequences if the dissidents decide to join the Islamic State, the extremist militant group from the Middle East, which has been trying to establish a foothold in Afghanistan, so far without much success.

But some disaffected members of the Taliban are believed to have adopted the Islamic State flag, causing enough concern for the Taliban leadership to caution the group that there is room in Afghanistan for only one insurgent group.

It was Mansoor’s name, not Mullah Omar’s, on the public letter addressed to the Islamic State group in June warning that the Taliban would respond harshly if they tried to establish a presence in Afghanistan.

A statement Thursday on the Taliban website said the group’s leadership council had appointed Sirajuddin Haqqani, a Pashtun warlord, as Mansoor’s deputy.

Haqqani is believed to be the real leader of the Haqqani network, a guerrilla group allied with the Taliban and founded by his now elderly father. He is suspected of having been the key planner of the attack on members of the CIA at Forward Operating Base Chapman in 2009, and of an assassination attempt against former President Hamid Karzai. He has a $5 million FBI bounty on his head.

“The greater significance here may be the Taliban formally bringing in the Haqqanis,” said Jacqueline L. Hazelton, a professor at the U.S. Naval War College in Newport, R.I.

“This looks like political consolidation and an interest in productive peace talks,” said Hazelton, an expert on insurgency and counterinsurgency. “The West has thus far not picked up on the option of buying off the Haqqanis, and putting Sirajuddin near the top of the official power structure looks like a pre-emptive move on the organization’s part.”