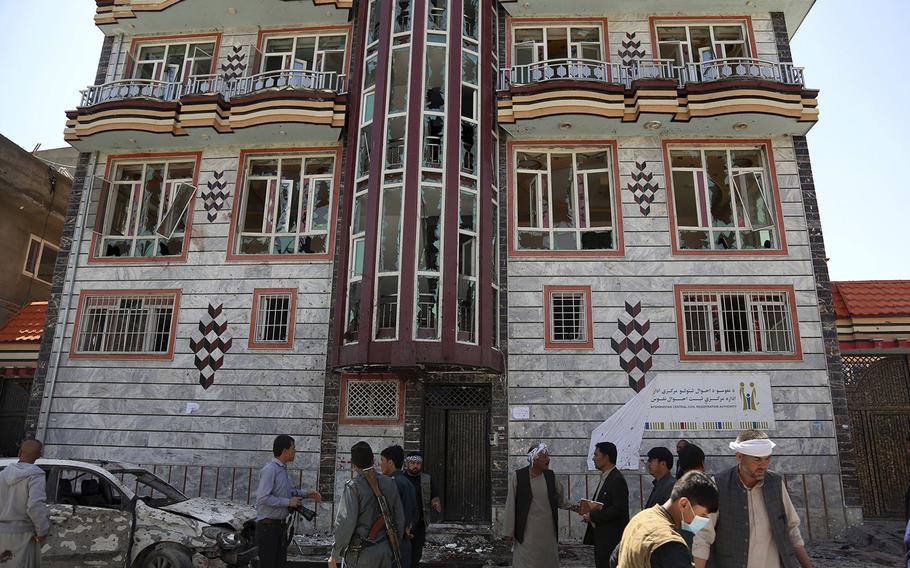 People gather outside a voter registration center which was attacked by a suicide bomber in Kabul, Afghanistan, Sunday, April 22, 2018. (AP)

People gather outside a voter registration center which was attacked by a suicide bomber in Kabul, Afghanistan, Sunday, April 22, 2018. (AP) 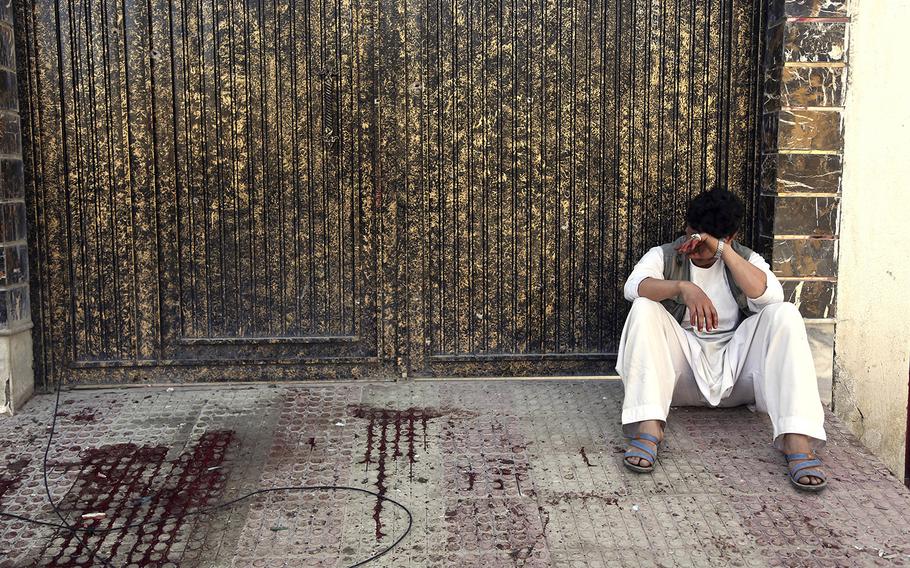 A relative of a victim cries outside a voter registration center which was attacked by a suicide bomber in Kabul, Afghanistan, Sunday, April 22, 2018. Gen. Daud Amin, the Kabul police chief, said the suicide bomber targeted civilians who had gathered to receive national identification cards. (Rahmat Gul/AP)

KABUL, Afghanistan — A suicide bomber killed at least 57 people at a voter registration center in Western Kabul on Sunday, officials said, the latest in a string of attacks seeking to curtail the county’s upcoming parliamentary elections.

Public Health Ministry spokesman Wahid Majro said more than 100 others were wounded by the blast, claimed by the Islamic State.

The group’s AMAQ news agency did not name the attacker, who detonated himself in the predominantly Shiite Muslim neighborhood of Dasht-e-Barchi. ISIS often targets Shiites.

Interior Ministry spokesman Najib Danish said the bomber approached the registration center on foot, where people had gathered to collect national identification cards. He said women and children were among the victims.

“I wish Allah’s mercy upon those who martyred, speedy recovery to the wounded and convey my deep condolences to victims’ families,” he said.

The United Nations also expressed outrage at the bombing.

“Compounding the callous disregard for the lives of civilians, the killing appears to be part of a wholly unacceptable effort by extremists to deter Afghan citizens from carrying out their constitutional right to take part in elections,” said Tadamichi Yamamoto, the UN Secretary-General’s Special Representative for Afghanistan.

Security has been a major concern in the run up to Afghanistan’s long-delayed parliamentary elections, scheduled to be held in late October.

Voter registration began on April 14. Since then, at least two other registration centers in different parts of the country have reportedly been targeted